Last Of The Believers 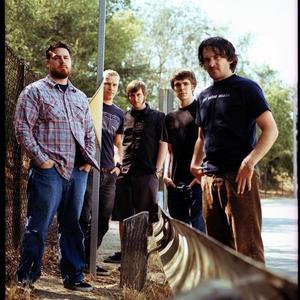 Last of the Believers, the band featuring current and former members of Rise Against, Ignite, Reach the Sky, Spark of Life, have posted a full album stream of their debut EP. The 5 song release is titled Paper Ships Under a Burning Bridge and is available via Interpunk. Last of the Believers features vocalist Steve Jennings, guitarist/vocalist Chris Chasse, bassist Brett Rasmussen, guitarist Nik Piscitello and drummer Phillip Lee. BIO:

?we are not trying to reinvent the wheel with what we are doing, we are just trying to stick to the values and ideals of the bands that came before us and create something honest.?

steve jennings is trying to explain the inspiration behind Last of the Believers, a searing new group that have come together out of necessity to communicate and further inspire the community that they grew up in, just like many of the punk and hardcore legends that came before them.

?ultimately i just hope that some kid embraces what we are doing,? the exceedingly earnest front man continues. ?i think that we all want to give back to the scene that we have taken and learned so much from.?

of course, last of the believers are no strangers to the scene that jennings is describing. the five of them have all logged years in punk and hardcore acts such as reach the sky and spark of life, a short-lived group in which jennings first collaborated with guitarist nik piscitello. the two actually met last of the believers other guitarist, chris chasse, a few years back, when spark of life toured with the chicago veteran's last band, rise against.

early this year, however, chasse left that highly successful group and spark of life's touring and recording schedule screeched to a halt. at that point, a plan was hatched to form a new group with bassist brett rasmussen, who currently plays with so cal punk staples ignite, and drummer phillip lee, joining shortly thereafter. as if this lineup couldn't stand on its own, they also recruited good friend and throwdown singer dave peters for guest vocals.

bringing this group of musicians together resulted in a unique mixture of high-octane punk anthems, built around tried and true hardcore arrangements. ?the goal of this band is to make music that all five of us thoroughly enjoy playing,? chasse says. ?we're trying to blend all of our own ?roots,' so to speak, and put together songs that are not only aggressive and catchy, but memorable and heartfelt.?

that winning combination can be heard throughout ?paper ships under a burning bridge,? the last of the believers' impressive debut ep. the work of five seasoned players coming together at the top of their game, ?paper ships under a burning bridge? immediately comes out swinging with hard-hitting tracks like ?dissent? and soaring power ballads like ?throwing matches?.

?this is the first time ever that i have attempted to sing any form of ?lead' vocal parts,? chasse says. ?i'm embracing the opportunity, and singing from the heart with as much passion as possible.?

?paper ships under a burning bridge v2? is available in stores now.