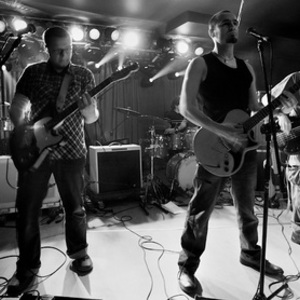 In 1999 musicians of Koli - a crossover band - decided to create an outfit, which could fulfil their ambitions and interests to play live music. In this way Lao Che was founded. Denat, Spi?ty and Dimon were joined by Warz, Zubr (Rysiek) and Boguslawowicz (Wieza). The sextette began working on their debut album "Gus?a". The compositions were being created gradually and carefully due to the fact that the band was willing to do a concept album completely devoted to Polish Medieval culture.

The sextette began working on their debut album "Gus?a". The compositions were being created gradually and carefully due to the fact that the band was willing to do a concept album completely devoted to Polish Medieval culture. They went through several preproductions, they thought deeply about their extraordinary sound, lyrics and additional effects that could illustrate the presented world. Lao Che created crossover type of music, since all the members of the band had previous experience in death and doom metal and they wanted to mix up other genres as well. A lot of different styles were incorporated in their music: ambient, rock, metal, folk, reggae and the classical one too. It took them 2 years to complete the project. When everything was recorded, Sp Records released "Gus?a" album in January 2002.

In May 2002 Warz left the band and he was repleaced by Krojc. Then Lao Che started playing live on stage in different places of Poland. In January 2003 another musician - Trocki - joined them to create a septet. In this line-up Lao Che began working on their second concept album: "Powstanie Warszawskie" ("The Warsaw Uprising"). The approach to composing the music was based on previous experience with Gus?a and it took the band 2 years to complete another album. It was recorded in Obuh Studio (Analogue Rogalow) with the use of old equipment from the sixties and the seventies. A few microphones were even from the thirties. "Powstanie Warszawskie" was released by ARS Mundi Records in March 2005. They have released their first live DVD titled just like their sophomore record in May 2006.

Their third album "Gospel" was released on 22 February 2008 and the first single from this record is "Drogi Panie".