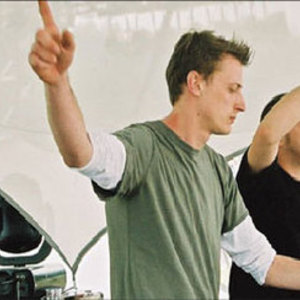 Lani is Tim Kaelen and Tom Moons, born and raised in Belgium.Tim started playing bass guitar in the early nineties, mostly playing rock covers. He quickly decided one instrument wasn't enough for him and started experimenting with electronic music. This was so much better than just a bass guitar, percussion and everything!! He soon started collecting equipment and also started using software sequencers.

He experimented with trip-hop, drum and bass, ambient, and techno. He started dj-ing techno back in 1998 and also had a live project called Yucon. It had a short life... in 1999 he went to his first trance party, what an eye-opener!!! In this kind of music, everything was possible!!Tom started playing guitar at the age of 12 and started his first band at the age of 15. But after some years he noticed that it was very hard to rehearse with many people and decided to go for a solo dj project and started dj?ing at local parties. He discovered Psychedelic trance at its purest in the forests of the Ardennes in Belgium back in 1998. After this he went for this new style of music like nothing before...
He played at many parties and over the years he earned his place in the belgian psy-trance scene as Dj Jharu.They met on a small party in 2001 and soon decided they should stick together... Lani was born.Tom then introduced Tim as a dj in the belgian psy-trance scene as DJ Phasid.
Both playing live and dj?ing, they played at many parties and got the chance to meet many well known trance artists, and some of them became good friends learning them the way to create Psychedelic Trance. They already played at many parties in Belgium, Germany, The Netherlands, Sweden, Denmark, Switserland, Austria, Turkey and Portugal.