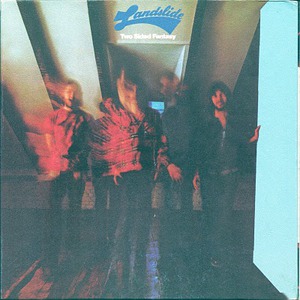 1. Landslide is Tim Land - Producer /Composer DJ and musician based in London. Tim kik started his producing career in 98 when he signed to Hospital records and produced music under the Landmass moniker and also contributed production skills to the first London Elektricity album 'Pull the Plug'. 2000 saw the release of his debut album as Landslide ' Drum & Bossa' which enticed followers worldwide - it went on to be further released by OM records in the US and by SONY in JAPAN.

Further Key singles such as 'Hear my People' and 'its not over' went on to establish Landslide as a genre blending dancefloor producer drawing tags such as 2step, Garage, broken beat to his sound.
Landslide has produced various remixes for artists such as Nitin Sawney, Bugz in the Attic, Soulstice, High Contrast and London Elektricity.
Landslide's second album on Hospital records came out in 2006 also that year saw the release of 'Conundrum' feat Don Freeman on Sick Trumpet records and also featured on Southport Soul weekender compilation as mixed by Kenny Dope.
More single releases 'Solitary' 2007 - 'Dreams & Visions' 2008 - 'Yemp Booty' 2008.
This year (2009) see's the release of the third Landslide album.

2. Judging from the brief bios of the members of Landslide on the band's only album, they were from the Long Island, NY, area. The group issued Two Sided Fantasy on Capitol in 1972. The little-known album is adequate, bland early-'70s period rock, leaning toward a blues-rock sensibility on much of the material.

3. Also, Landslide is the name of a Swedish rock band, formed in 2001 with members hailing from hardcore punkbands PASSAGE 4 and LIFELESS IMAGE who released a couple of albums and toured around Europe. The first LANDSLIDE demo was recorded in 2002 and got an immediate response from RoastingHouse who asked for more material.

On 2006 the band launch "Sink Without Fail" their biggest work yet.