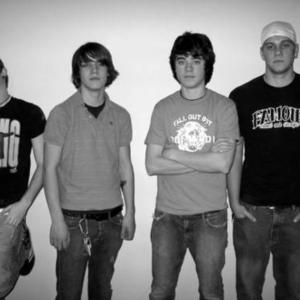 After spreading across the midwest, Landen Falls has survived their first national tour, with nearly 30 dates and self booked, that included the tour van catching on fire on the second night at 4am on the highway in Oklahoma en route to Dallas Texas from St. Louis Missouri. Despite loosing several thousands of dollars worth of things, the band returned to the road less than a week later picking up in Atlanta GA with their show at the hallowed Masquerade. Their tour included venues such as the Masquerade in Atlanta and the Stone Pony in New Jersey.

This tour has made the band yearning to get back on the road and even stronger than ever, when many others would have folded, a true testiment to the dedication they have to not only their music and making it in the industry, but also to their fans whom they didn't want to let down by cancelling shows.


Landen Falls has huge visions for the the future. These Taste of Chaos finalists and battle of the band champions are not about a certain image or worrying about what genre of music thay fall under or any of those other issues that swirl around music. Rather, this new and upcoming band focuses on what it is really all about, the music itself. That is what speaks volumes. And this is apparent, as in the short amount of time they have been a band they have thrusted themselves into the forefront of the music scene.

They have shared the stage with such fine acts as Waking Ashland, The Forecast, Down To Earth Approach, Sherwood, The Transit War, Pistolita, BandCamp, Self Against City, Downtown Singapore, Controlling the Famous, New Atlantic, Bottom Line, The Story Changes, Moraine, Close To Home, Ellison, The Years Gone By and more.


Dedication and relentless self-promotion have given Landen Falls a fan base growing from coast to coast and beyond everyday. It won't be long until this quartet will be household name. This is a band to expect big things from for some time to come, so the recommendation is to get to know these guys because you can expect to hear a lot more from them in the future... which is now, "Welcome To The Future..." is for sale at shows. Pick up a copy, you'll be glad you did.

Welcome To The Future...