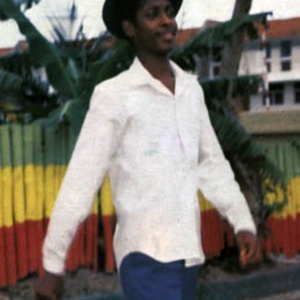 Lacksley Castell was born in Jamaica in the early 60s. Possessed of a high, light voice that resembled that of the late, great Hugh Mundell, he began cutting sides towards the end of the 70s with producers such as Prince Jammy, voicing a variety of tunes that Jammy put out with a couple of Hugh Mundell tracks as the album Jah Fire after Mundell's untimely death. These were moderately successful, though many mistook him for Mundell, and led to Robert "Negus Roots" Palmer deciding to voice him, firstly on a couple of 12"s and then on two albums.

The first album Morning Glory has riddims by Sly & Robbie and backing vocals by Don Carlos. The second, Princess Lady, was one of Mad Professor's first productions.

Lacksley Castell died in the mid-80s, robbing reggae music of yet another talent. From the information I've researched it was from either TB, a stomach illness or a shooting. Since his death, the handful of singles and albums he released fetched some of the highest prices seen for reggae vinyl on ebay until their reissue through Musical Ambassador.

A small (and incomplete?) discography: