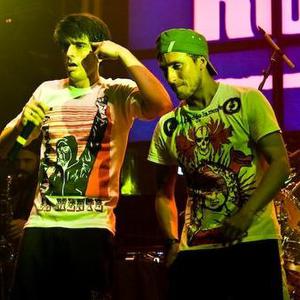 A Peruvian band that mixes dub reggae, dancehall and Amazonian cumbia, merging them with electronic beats into a style they call "electropical." Started in the summer of 2006 by Ricardo Wiesse Hamann (Of Peruvian band SUDA) and Nicol?s Duarte Soldevilla (Of Cuchillazo), La Mente began playing in July of that year in the provinces around the capital and later in Lima, where they gained notoriety in the musical underground and with the press.

While most of the music is composed by Duarte and Wiesse in studio (With engineering help from the band's guitarist, Rafael Otero), the live band also includes guitar, two percussions, a drummer and a saxophonist.

They are signed under the Peruvian label Descabellado Records, ran partly by Duarte and Otero. In 2007 they released their debut album, "Sonidos Del Sistema," and they are now preparing for the release of their second album.