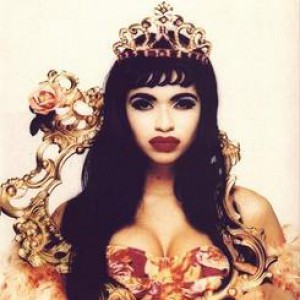 La Camilla (Camilla Henemark) was one of the members of the Swedish supergroup Army Of Lovers. She also released the solo singles "Everytime You Lie," "I'm Not In The Mood For Lovers" (a direct stab at her former band members, with the song ending with the line: "I'm not in the mood for lovers -- not even an army of lovers") and "The Witch In Me". A full length album "Temper" was recorded and scheduled for a 1996 release, but was shelved by her record company. It was leaked on the internet in 2007.

La Camilla was in the original line up of Army of Lovers from 1987 until she left in 1991, being replaced by Michaela Dornonville De La Cour. She re-joined the group in 1996 after Michaela de la Cour left. (Her biggest solo hit, "Every Time You Lie" appears on Army of Lover's "Les Greatest Hits".)

She again was part of the group in 2001 when they reformed for a 2nd Greatest Hits album ("Le Grand Docu-Soap").

In 2011, she and Dominika (also from Army of Lovers) teamed up with transvestite "Miss Inga" to record the song "Don't Try To Steal My Limelight". 2012 found the three of them (Miss Inga out of drag now) recording as "The Happy Hoes" with the song "We Rule The World.".