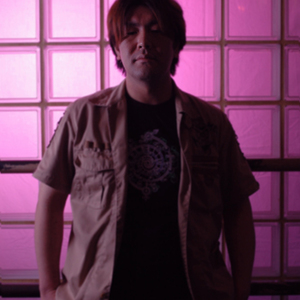 1/ Toshiyuki Kakuta (????, Kakuta Toshiyuki) is a Japanese composer best known for his work on Konami games. Kakuta is best known amongst fans of the Bemani series of games under his pseudonym of L.E.D. (and many combinations thereof). Formerly under the pseudonym of "L.E.D.LIGHT", he has since shortened his name to "L.E.D.", with a -G suffix primarily being applied to his more hardcore-type music. The use of all three aliases has been done as well, creating "L.E.D.LIGHT-G".

As L.E.D., his compositions tend to dabble in the goa and psychedelic trance genres, as well as hardcore techno and NRG. L.E.D. songs have appeared in Beatmania, Beatmania IIDX, GuitarFreaks, DrumMania, and Dance Dance Revolution.

2/ L.E.D. (Life Emission Display) project started in 2003 when Sebastiano Forte, a young sicilian musician and producer, met Funky juice rec. team. It is the aim of this project to mix jazz and electronic sounds. As the project developed, new ideas and sounds, like funk from the 60's and 70's, mixed in. Organically rhythms and sounds from Brasil came in , due to Sebastiano's love for bossa-nova and Brasil where he travelled to in the summer of 2004.

3/ L.E.D. is a seven-piece cinematic instrumental band from Japan. They released their d?but single "I'll", in 2011, which features ???? (Harada Ikuko) the vocalist of Japanese band ????? (Clammbon). This track was also on their first album, "elementum" released the same year.