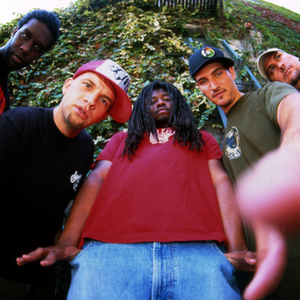 Formed in 1997, the band released their first album, 1999s Composition No. 1 on independent record label Eartube Empire. They then recorded an album entitled Call it What You Want for Squint Entertainment, containing tracks produced by the band and by Mario C, will.i.am and Prince Paul. Squint never released the album, but they did release a promotional EP titled Big Broke L.A. that contained tracks from Call It What You Want.

Following the Baloney EP, LA Symphony was signed to Gotee Records. They then released The End Is Now in 2003, Less Than Zero in 2005 and Disappear Here in 2005.

Call It What You Want

The End Is Now