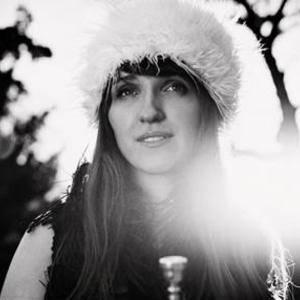 Kyrie Kristmanson is a 21 year old Canadian singer/songwriter, guitarist and trumpeter with a growing international following. Born in Ottawa, Ontario, she has lived in Ontario, Quebec, New Brunswick, Saskatchewan and in France. Since appearing at the 2006 Winnipeg Folk Festival at the age of fifteen, Kristmanson has performed widely in Canada and Europe. Her performances have been broadcast nationally in Canada by CBC Radio 2, and by Radio-France.

She writes powerful, exciting and thoughtful songs in English and French, incorporating jazz, folk and classical influences into her musical style. Kristmanson has released three albums: 'Kyrie K Groove' (2006), 'Pagan Love' (2008) and 'Origin of Stars' (2010), the latter released by the Paris-based label No Format!

In 2007 Kristmanson was the recipient of the Young Performer of the Year at the Canadian Folk Music Award for her first solo album Kyrie K. Groove. In 2009, she received the Ontario Arts Council's Colleen Peterson Songwriting Award (for 'Song X').

Kyrie Kristmanson has toured widely in France since launching her third album ?Origin of Stars' at the ?glise Saint-Eustache in Paris in March 2010. She peformed Song X live to a Radio France audience of five million during a broadcast of a popular national show. Following this warm reception in France, the album's release in the UK and in Germany drew praise from many quarters, from London's Time Out to the German edition of Vogue magazine.

In 2011, Kristmanson continues to tour in Europe as well as promoting a digital EP release of the THUNDERSONGS coming out this spring in North America in advance of a full CD/vinyl release later in the year.

Kristmanson has had a productive relationship with CBC and Radio-Canada. Commissioned to write songs for CBC programs, including ?'A Continent Ago'', inspired by writer Mavis Gallant, for Canada Reads. She also contributed and presented two songs, "Land" and "Talk", to Sound and Inspiration II, a broadcast from Toronto's Harbourfront Centre with the Art of Time Ensemble. She has also collaborated with the Skydiggers for an edition of Fuse, hosted by Amanda Putz, as well as presenting live shows from the Black Sheep Inn on Canada Live and Bandwidth. Her upcoming performance at the National Arts Centre on March 4th, 2011, will be recorded for broadcast on Radio Two.

Kyrie Kristmanson's new EP THUNDERSONGS will be available through iTunes on March 3rd, 2011.