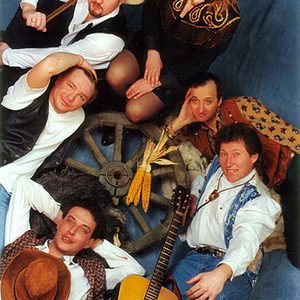 The group Kukuruza of "Crossing Borders" fame were an early Russian Bluegrass group from Moscow. They came to tour America in the early 1990s, performing in many bluegrass festivals across America. This resulted in their numerous performances on the Grand Ole Opry, as well as in the recording of one of their albums, "Crossing Borders," with Sugar Hill Records (Nashville). Lead Singer - Irina Surina, Fiddle/Vocals - Sergey Mosolov, Guitar - Mikhail Venikov, Dobro/Banjo- Andrey Shepelev, Bass- Alexei Aboltnysh, Drums - Anatolyia Belchikov, Mandolin/Vocals/Clarinet - George Palmov.

On "Crossing Borders" they were joined by Maura O'Connell on vocals, and Jerry Douglas on dobro.

Over the years they were a leading force in bringing the bluegrass genre to scores of audiences in Eastern Europe, bridging the way for younger generations of bluegrass musicians.