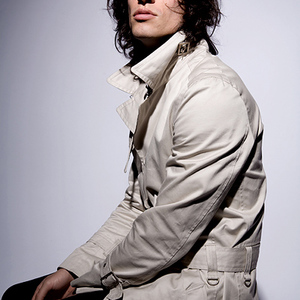 Matti Kristian Anttila (born March 4, 1979) is a Gothenburg based Finnish-Swedish indie pop musician. Anttila's father is from Finland, his mother from Bulgaria. During his first year he lived in Sk?vde but then he moved with his mother to Gothenburg. Anttila released his debut album 'Natta de mina' in 2003. He followed up in 2005 with the EP 'Sockerl?pp' and the album 'Innan bomberna'. June 2008 saw the release of his third album, 'Lille Napoleon'. The music is mostly guitar-based indiepop with melancholic lyrics and some electronic references.