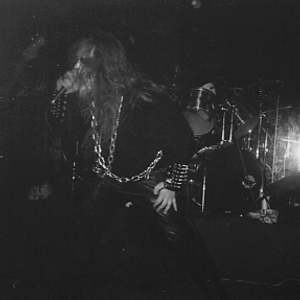 1) Krieg is a Black Metal project belonging to Lord Imperial which began in 1995 and ended in 2006 and was resurrected in 2007. Lyrical themes revolve mostly around hatred, war, and destruction with the exception of "The Black House," a personal album of Lord Imperial with the intent to dispell and express Lord Imperial's haunting night-terrors, and illnesses. A total of five known full-length albums have been released, the most recent being "The Isolationist".

In addition to playing bass for Nachtmystium in live settings, Lord Imperial is part of a doom metal band called March Into The Sea.

2) Krieg is also a Death/Thrash metal band from Italy.

Rise Of The Imperial Hordes