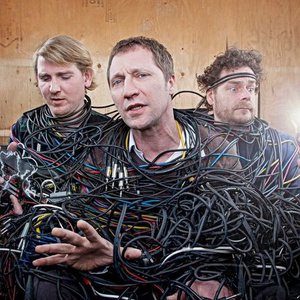 Oscar De Jong, Wim Plug and Mark Kneppers and are the studio core of Kraak & Smaak. After originally bonding over a slavish devotion to vinyl and a love for classic funk records they went on to record their debut album Boogie Angst. Picked up in the UK by Radio 1 and in LA by KCRW the band quickly picked up fans especially in the Los Angeles TV and Film community. This led to their music being used in hospital chick show Greys Anatomy leading in turn to widespread use in other films and shows.

In the UK support has kept building steadily on the back of the incredible live show.
Annie Nightingale was a long time supporter of the band and the various guest mixes and spins on her Radio 1 show led to festival bookings and other R1 DJ's getting on board.

2011 is the year that Kraak & Smaak will take centre stage with the release of their third studio album that will sureley satisfy their growing army of fans and win over new converts. The setup single from the record ? Dynamite - has already become the most added electronic record at American college radio and the band have debuted their new live show at the Eurosonic Festival to a rapturous response ahead of a mad summer of touring.
It is more of an electronic album than their previous ones but it still has the unmistakeable Kraak & Smaak swing. The music moves effortlessly from nu-disco through deep electronic funk to upbeat hand in the air anthems. It is also more song based than before, with new singer Lex Empress contributing songs to the album as well as the band's MC Sebastian, rising UK bluesman John Turrell and Dutch songstress Janne Schra (Schradinova and ex-Room Eleven). The band also had the chance to work with vocalists who have influenced and informed their unique sound. The distinctive voice of house don Romanthony can be heard alongside New York funk legend Lee Fields bringing a brilliant diversity to the album which is weaved together by the trademark K&S beats and incredible keyboard playing.

Kraak & Smaak's second album Plastic People spawned their biggest hit to date Squeeze Me. It sold over 80,000 copies in the US, was used there in a major TV ad for download service Rhapsody, brought in celeb and music industry fans as Perez Hilton (describing their music as ?Amy Winehouse meets Moby') and Kanye West and earned the band a live performance at ABC's Jimmy Kimmel Show. It also marked a change from the out and out boogie funk of the first album to a deeper more electronic sound and led to a world tour taking in the cream of the worlds festivals including Glastonbury, Big Chill and Bestival in the UK, Lowlands in Holland, Good Vibrations in Australia, Coachella, Ultra Music Festival and Detroit Movement in the US and many others around Europe.

In between the first and second albums the boys also released a double CD of the favourite remixes they had done ? The Remix Sessions, including Jamiroquai and Richard Dorfmeister; since then their remix catalogue has only gained more weight with Maxwell, Junkie XL, Sam Sparro, Fedde le Grand, Darwin Deez and Sander Kleinenberg and very recently, Moby's new single ?The Day', all being re-touched with the Kraak & Smaak sound.