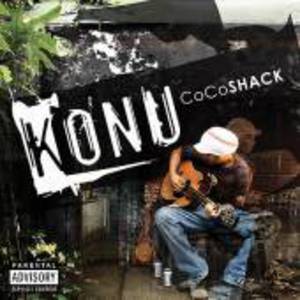 Hip-Hop and Island Rhythms had a baby and they called it Konu. From Bob Marley to Dr. Dre, Sublime, Fiji and everyday life itself, Konu has soaked in all that inspires him and shot it back out through his own vision and voice. Pounding 808 drums and melodic ukuleles may seem like opposites of the spectrum, but Konu finds a way to sculpt them into works of his distinct style. This native Californian with roots

across the globe released his first full length CD, Kinky Town after
years of rapping and producing for others. The smooth reggae sound of
Neni Girl and the thunderous warrior chant Zuya introduced the world
to Konumusic for the first time. After promoting and performing in
support of Kinky town, Konu once again hit the studio and crafted his
current release, CoCo Shack. He says, This album is me perfecting what
I always wanted to do musically, the evolution of what I started with
Kinky Town. Melodic choruses, hard drums, personal lyrics and easy
pacing are all present in his latest creation. Rapper Woodie says that
Konus music is real and refreshing, while Freestyle/R&B artist Sharyn
Maceren says its sexy. Either way you put it, Konus genre bending
music is definitely worth giving a listen to.