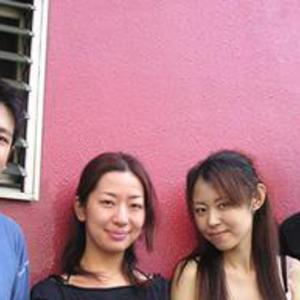 Japan's KOENJIHYAKKEI (aka Koenji Hyakkei aka Hundred Sights of Koenji) are just such a band. Headed by vocalist / composer / drummer extraordinaire Tatsuya Yoshida (of the renowned bass and drum duo RUINS), KOENJIHYAKKEI is Area and ELP at their most excessive; Deus Ex Machina with tempo changes multiplied by 100; and Magma at their orff-ian choral, fusion jazz, overcharged gospel peak. All of which is meaningless to those unfamiliar with the aforementioned bands.

Maybe that explains why advance listens have yielded head-scratching comments comparing KOENJIHYAKKEI's fourth albukm (and USA debut) "Angherr Shisspa" to Stereolab, Yes, Queen, Melt-Banana and "something so far off Broadway it's on the moon". All that makes the band sound indecipherable and impenetrable. Fortunately, that's not the case, there's plenty to latch onto, densely packed into the album's 50 minute running time. In the heady, heavy prog-circles, Koenji is already firmly established; renowned as the ultimate contemporary progressive rock outfit; with three albums and a live dvd released in their native Japan (and heavily exported around the world). KOENJIHYAKKEI explodes with glittery keyboard lines, speedy bass/drum workouts, emotive reed respites, and operatic female vocals that take the listener from sheer exuberance to absolute apocalypse... And all this is performed with superhuman technique in extremely catchy, complex arrangements.