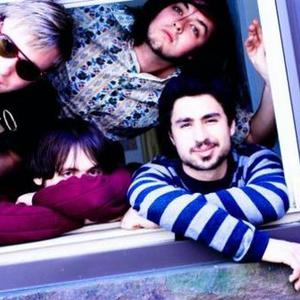 There are at least five artists who use the name Koala 1. An American experimental/post-rock band 2. A British psychedelic rock group 3. A Belgian trip-hop group 4. A Russian electronic project 5. A German rapper 1) The first Koala (experimental/postrock): They released their debut album "Xibalba" in 2010. The album consisted of six songs all composed, recorded, and mixed by the band. They are working on a new album right now, to be release in fall 2011.

1) The first Koala (experimental/postrock):
They released their debut album "Xibalba" in 2010. The album consisted of six songs all composed, recorded, and mixed by the band. They are working on a new album right now, to be release in fall 2011.
BUY ONLINE: http://koalatheband.bandcamp.com/

Koala formed in the 2008 by friends while attending College together. After compiling compositions, they began arranging and writing for their first recording. They recorded their first EP, which was self-recorded and released early 2009. Following the release of their self-titled EP or sometimes referred to as "Whale EP," the band played in various venues and festivals in the northeast.

Primarily instrumental-rock, Koala is a hybrid of many different genres that range from but not limited to experimental, electronic and post-rock. Experimenting with different instrumentation, compositional and recording techniques, fans have described their music as cinematic, layered, as well as heart-felt.

2) the second one started life in the midlands as a collaboration between school friends Martin Cadwallader (guitars/vocals/keyboards) and Gaz Evans (bass/vocals/samples), with support from occasional computer geek, Tim Paul. Moving to South London, they were joined by Swiss drummer Daniel Strittmatter (ex-High Llamas, Mike Scott, Ian McNabb), where they cemented their love of Husker Du, Beach Boys, Slade and The Flaming Lips into one very loud noise.

Koala have two independently released EP's to their name. 'Super-Rotunda' was produced in Tamworth by former members of 80's heavy rockers, Wolfsbane. 'Solid Gold Selection', produced by the band, followed, featuring 'Feels Like You've Fallen In Love (Again)', which ranked in at number 14 on the popular American website excellentonline.com 'top 50 songs of the year' members poll - the first unsigned band to achieve this in the site's 6 year history. Excellent have since included exclusive Koala tracks on their first two CD compilations.


The band caused a stir at the 'In The City' music conference with their "relentless rhythms and massive choruses" (NME). As a run up to the album, Koala released the white label 12" 'Mna Mna Mna'. The track was played on John Peel's 'Radio 1' show and also received heavy rotation on Gary Crowley's BBC London slot. "It's got a wonderful Summery 70's glammy Beach Boys feel to it which certainly floats my boat, and I've played it subsequently on every one of my shows" said Gary.

After thieving as much free time in any studio they could find, Koala have completed their debut album, the mighty 'DO NOT BE AFRAID', and signed to the gigantic multimedia conglomerate CO-POP records for the album's release in December 2004.

The band are currently working on a second album which will be a collection of songs about space and the universe.

3) In 2002 Carlos Dyckmans decided that the time had come to put Koala on the tracks. Even before that date this guitar player started to compose songs that eventually in their maturity would be built around a mixture of triphop, downbeat, electronics and acoustic arrangements. Together with the young rapper Islasoul he invested all his time in Koala which -given the initial musical intentions? was immediately inclined to work with different musicians who have their roots in diverse and often dispersed musical backgrounds.

The result of this co-operative with musicians like Joris de Caesstecker, Wim Geeraerts, Luca Ammendola and DJ Soi was released in the spring of 2006. Koala's first album, Gravity, consists of 12 songs.

This album is a product of the band's policy of openness to many different styles of music. It was further enriched by guest performances by Gregory Frateur (Dez Mona, DAAN), Lamont Stigler (DJ Grazzhoppa's DJ Bigband), and Joy Adegoke (Moodlex, Ronny Mosuse). As it harbours a rich variety of guest vocalists as well, Gravity is standing at the crossroads of downbeat, triphop, world music, progressive rock, hiphop, soundtrack and even some flashes of jazz.

4) The fourth Koala is an electronic project from Russia.

5) A German rapper featured on the compilation Mic ?ber Deutschland 5