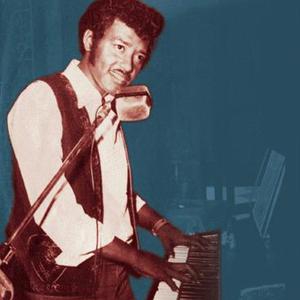 Alemayehu Eshete (also written Al&egrave;may&egrave;hu Esh&egrave;t&eacute; in French) is an Ethiopian singer, often lovingly called the "Ethiopian James Brown", he has been active since the 1960s and he primarily sings in Amharic. Eshete's talent was recognized by colonel R?tta D?m?q? who invited the young singer to perform with Addis Ababa's famous Police Orchestra. Eshete had his first hit ("Seul") in 1961 before moving on to found the orchestra Al?m-Girma Band with Girma B?y?n?.

Over the course of 15 years, Eshete released some 30 singles until the arrival of the communist Derg junta, which forced Eshete and many other artists into exile.

Alemayehu Eshete has since gained notoriety in Europe and the Americas with the release of Buda Musique's Ethiopiques series of compilations on compact disc. Ethiopiques Volume 9 is devoted entirely to recordings of Eshete's earlier music, and Volume 22 covers his career between 1972 and 1974. Other songs have also appeared on Volumes 3, 8, 10, and 13 or the series. In 2008 Eshete toured the United States with fellow Ethipian singer Mahmoud Ahmed, backed by Boston's 10-piece Either/Orchestra.

Alemayehu Eshete is sometimes referred to as the Ethiopian James Brown, and recorded what some consider to be the greatest song ever recorded, M?k?y?rshin Salawq.

Al?may?hu Esh?t? used to be a singer of the Police Orchestra. Mahmoud Ahmed and Tlahoun G?ss?ss?, used to belong to the Imperial Body Guard Band. They all wanted to leave these institutional bands, but they were paid by the Police Orchestra or Imperial Body Guard Band. Sometimes at night, they'd leave the barracks and go to a nightclub and sing for themselves before some hip audiences, which brought them some problems. You know, they might go to jail 1 or 2 days because of this. But it was not a big deal. You know, very soon, by '74, this regime is finished and dead.

Usually, the end of a reign has a very developed night life. Many people call it decadence, but it's almost the contrary. Little by little, the empire, the state, starts to lose its power. In December 1960, there was coup d'etat against Haile Selassie. It failed, but there are several attempts in the following years. We had student movements, we had the '68 in Europe, but there is something like this also in Ethiopia. And so the whole society was in turmoil. And this has always been favorable to creativity. We can see in many ends of reign or regimes a very highly developed artistic life, night life. As we had swinging London, they had swinging Addis. It was unimaginable parties, incredible fun, where everybody was mixed?the royal family, the nobles, the rich merchants, the bourgeois, the prostitutes, the beauties. You had beauty contests, Miss Ethiopia, even Miss Swing, many, many daily or nightly events that gave a special cache to this scene. So from the mid 60s until the last fifteen years was something. I mean it would have been a dream for me to have been there, you know. (Laughs).