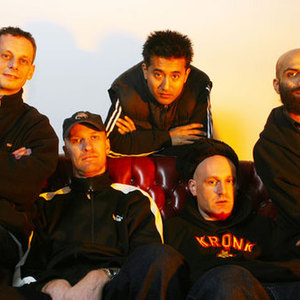 Since the London band's formation in 1993, they were subject to both critical acclaim, having been nominated for the 'Best New British Band' category at the Kerrang Awards in 1998 and then again under the 'Spirit of Independence' category in 2000, and the approval of a diverse fanbase, leading to them becoming one of the most highly respected bands to emerge from the UK ska punk scene at the time. King Prawn toured regularly with broad range of bands, varying from hardcore to traditional and two tone ska bands, and were widely regarded as one of the most exciting live bands of Britain. King Prawn songs often contained politically based lyrics that formed wry social commentary, which, along with the band's blending of genres, led to comparisons with bands such as Rage Against the Machine.

King Prawn played their final gig on December 21st 2003 at the pitz, Milton Keynes, and members have since moved on to various other projects, such as Babar Luck's solo project and the Household Name Records signed musical collective Suicide Bid.

Surrender To The Blender