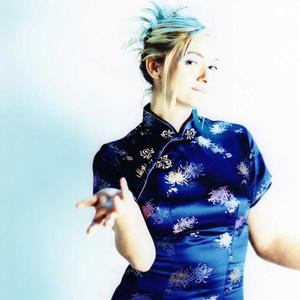 Kim Lukas was born in London. She has always had a great passion for theatre and music and from an early age she started performing in theatre shows and musicals. She studied at the drama school ?The Academy of Live and Recorded Arts' in London, where she continued to improve on her acting, singing and dance techniques. After having finished her studies she worked with many different Theatre Companies including ?The English Shakespeare Company' and she also took part in the famous ?Edinburgh Festival'.

Kim arrived in Italy in 1998, and along with other English actors she toured in a theatre group, it was from that moment that she decided to stay put in Italy. In 1999 she started to work with Italian singers, helping with their English pronunciation in various recording studios in Milan. It was here that she met the music producer Roberto Turatti. Together with his production team the music project Kim Lukas was formed, her first single ?All I Really Want', was a huge European Top 10 success as well as hitting other countries such as Canada, Australia and Russia. Her second single ?Let it Be The Night' (2000) followed the same success and was shortly followed by the release of her successful debut album ?With a K'. In the same year her third single ?To Be You' was released followed by ?Cloud 9' (2001). The following year Kim worked as a presenter for ?The European Top 20' on the satellite programme Gay T.V. Since 2003 she has worked alongside two other well known dance artists Neja and Nathalie from The Soundlovers in the project ?Girls Party', both of whom are also close friends of hers. As well as having written all the lyrics to her own songs she has also written for artists including: Sagi-Rei, Hard in Tango and many others. In 2006 Kim Collaborated with Michele Paulicelli who is well recognised for his musical ?Forza Venite Gente' , she translated all the songs for his new musical. Kim is still very busy with her shows performing all over Europe but above all in Italy. Her new single has just been released ?Change the World' it is a joint project where she has finally been able to sing alongside her good friend Nathalie from The Soundlovers... and it's not to be missed!!!