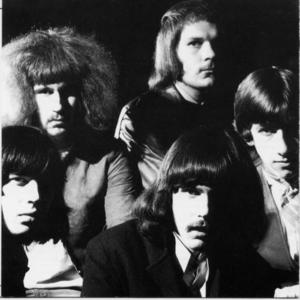 Edward's connection with the Southern Music publishing company led to them signing with Southern's Spark Records imprint. The band was booked into Pye Recording Studios and with Edward aboard as "producer," they recorded their self-titled debut in 12 days' time. Most of the material was re-configured Chicago blues classics, except for a cover of Willie Dixon's "You Need Love." Killing Floor was released in the U.S. on new London subsidary Sire.

Meanwhile, Edward booked the band gigs at Dunstable's California Ballroom and the Marquee, where they supported Yes and The Nice, and in 1969, they also toured with Texas bluesman Freddy King on two U.K. tours, which helped further their growing reputation. The band also appeared on all the contemporary British radio rock shows and toured solidly around the U.K. Lou Martin left after the release of Killing Floor and a handful of BBC Radio sessions and the group continued as a four-piece band. There were additional lineup changes in 1970-1971, at which point the group included ex-Juicy Lucy vocalist Ray Owen, drummer Rod D'Ath, and bassist Mick Hawksworth (ex-Fuzzy Duck/Andromeda/Ten Years Later).

A second Killing Floor album, Out of Uranus, was released in 1971 on Penny Farthing Records, this time with executive producer/label honcho and the Troggs' manager Larry Page overseeing the sessions. By mid-1972, Killing Floor had disbanded. The various members became Toe Fat and began backing Cliff Bennett. Thorndycraft retired from music and Bazz Smith continued to play in jazz trios. McDonald formed a band called Peace (with ex-Free vocalist Paul Rodgers) before returning to his native Wales and playing in local bands, most recently The Electric Blues Reaction. Former piano player Martin joined Rory Gallagher's band, toured with Chuck Berry, and later played with Blues 'N' Trouble. In 1974, guitarist Mick Clarke formed legendary pub rockers S.A.L.T. with "Little" Stevie Smith. In 1983, he had his own group, the Mick Clarke Band, who have released numerous LPs.

3) Based in San Francisco, KILLING FLOOR was formed in 1989 by John Belew and Christian Void as a harsh, yet club-friendly synth and vocals project. They added guitarist Marc Phillips in 1991, drummer James Basore in 1992, and bassist Karl Tellefsen in 1994, gradually fleshing out their hybrid synthpunk sound with an organic feel. However, they still retain their initial sequencer spawned roots. In 1994, they released their self-titled debut, with one of the club highlights being a tampered version of "ecosystem" by CONSOLIDATED's Mark Pistel. The term 'Killing Floor' refers to an apparatus described in the short story 'Johnny Mnemonic' taken from the William Gibson anthology, "Burning Chrome".

4) A stoner rock band from Dundee