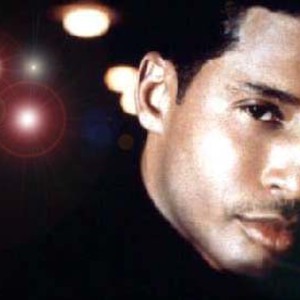 Kevon Edmonds was born in Indianapolis, Indiana and is the younger brother of famous producer/songwriter/singer Kenneth "Babyface" Edmonds. Growing up, Kevon shied away from the church choir, preferring to sing for his own satisfaction. It was only during his teenage years that he would join his buddies in the junior high and high school choirs. Edmonds went to Indiana University where he began to further expand his musical ambitions. Taking I.U. Soul Revue, an extensive course in music theory, performing and the business, Edmonds began to see music as a real career.

Edmonds went to Indiana University where he began to further expand his musical ambitions. Taking I.U. Soul Revue, an extensive course in music theory, performing and the business, Edmonds began to see music as a real career. Pursuing this idea, he started the group After 7 with his brother Melvin Edmonds and his classmate, Keith Mitchell, who was the cousin of Antonio "L.A." Reid.

The group did shows in local clubs, but upon graduation went on to standard 9-5 jobs. However, brother Kenneth was moving up the ladder with L.A. Reid and when they signed a deal with Virgin Records, one of the acts they brought up was their relatives in After 7.

As a member of After 7, Kevon scored some huge successes, earning a platinum album as well as several gold singles. They continued to tour the country and established themselves as one of R&B's top performing groups. The group went on hiatus after their 1995 album, Reflections.

At roughly the same time, Babyface brought his brothers, as well as siblings K-Ci and JoJo of Jodeci on for a project in a fictional group Milestone. The group performed in the movie Soul Food and had a hit single with the track "I Care About You."

In 1999, Kevon released his first and only solo album, 24/7. The title track for the album was a big hit, going gold and reaching #10 on the Hot 100. The album's second single, "No Love" performed moderately well, reaching #25 on the R&B charts but hopes to return another album in the new millennium.