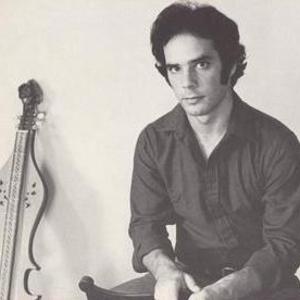 One of America's most acclaimed musical and poetic artists, Kevin has created more than thirty-two albums that capture his unique interpretations of many musical landscapes. His innovative blend of original, jazz, folk, and world music celebrates the dulcimer, bowed psaltery, piano, and his warm baritone voice. "Kevin sings like a bird and plays the most luscious dulcimer you'll ever hear," praises Mary Travers (of Peter, Paul, & Mary). Others agree, including The New York Times, Billboard Magazine, The Philadelphia Inquirer, and thousands of fans Kevin has gathered along the way.

"Kevin sings like a bird and plays the most luscious dulcimer you'll ever hear," praises Mary Travers (of Peter, Paul, & Mary). Others agree, including The New York Times, Billboard Magazine, The Philadelphia Inquirer, and thousands of fans Kevin has gathered along the way.

Moses Asch, founder of the legendary recording label, Smithsonian/Folkways Records, discovered Kevin at age 16, and promoted his innovative style of dulcimer playing. In addition to recording extensively since then, Kevin has performed twice at the White House, with major symphony orchestras, and at music festivals around the world - sharing the stage with such musical legends as Odetta, Arlo Guthrie, Ola Belle Reed, Pete Seeger, and Peter, Paul, & Mary. Millions across the USA and Canada will recognize his voice from the title song of the popular PBS-Fox TV series, Shining Time Station. Kevin has been recognized by Parent Magazine, American Library Association, and other venerable institutions for excellence in family entertainment. He has recorded for Sony Music, Stargazer Productions, National Geographic, Book Of The Month Club, and Random House. In 2007, Kevin introduced the character Wabby Wabbit? and created a CD of Lullabies and Snuggle Songs and an illustrated book You are You around the adventures of Wabby Wabbit?. Part of the proceeds of the CD and Book Set sales will go to benefit Friends of the World Food Program.

His latest adult CD, BETWEEN THE NOTES, features brand new songs as well as a companion DVD of original paintings, song lyrics, and interviews. This new medium gives the audience an insider's personal look at the artistic and creative process. Special guest, Noel Paul Stookey (of Peter, Paul & Mary), performs on several pieces, and offers insight on the DVD as well - "In the day and age in which we live, where artwork is all around us, just like music is all around us - this colorful representation that Kevin has control over, I am just in awe. I resonated so much with it (BETWEEN THE NOTES). It's an exciting piece of art!" Kevin currently records for his own entertainment production company Star Gazer Productions Inc. He lives in south Florida "where the winters are warm, and we duck hurricanes during the summer". He continues to compose, record and work on new art projects. "Music and art can be very healing. I've had a very ecelctic and successful career. My music has reached nearly three generations between my children's and adult music. If my music can help soothe people's souls, then I have accomplished a wonderful thing."

Now I Lay Me Down To Sleep ( Lullabies For All Ages)

One Big Family ( Songs for the Family)

The Gentleness In Living