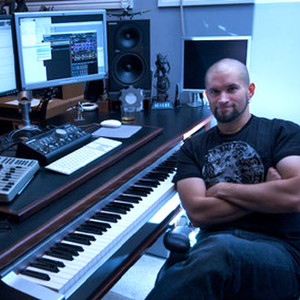 Kevin Riepl ( 'ripple' ) was born and grew up in Cliffwood Beach, a little town in central New Jersey. His initial interest in music began at the age of six, when he began to play piano and guitar under the instruction of his uncle, an accomplished guitar and piano player in his own right, who taught him first, the famous Deep Purple song ?Smoke on the Water'. At that young age he began constructing his own little compositions, and instantly was hooked on music.

In the fourth grade he began studies on the Trumpet and Piano and that continued throughout his high school years in which he was a member of a variety of bands and orchestras. After high school, he began private independent studies in composition & orchestration at the Village East Conservatory of Music. Following the years at the conservatory and few scoring projects, he attended Mannes College of Music in Manhattan for further education in composition, orchestration, & instrumentation.

"When I was a young boy, I was fascinated by how much the music in movies and television had an impact on me. I thought to myself, I want to be the one that creates that dramatic theme and puts the knot in the audience's throat, the one that helps scare the audience or pumps them up, and make them feel and connect with the visuals." -K

Kevin and his wife Tracy, reside in Los Angeles, CA, where he actively pursues and accomplishes his goals in the film, television & video game industry.