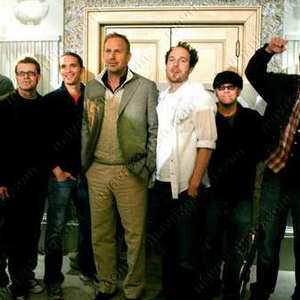 Though best known for his acting career, Costner is no stranger to the art of making music and songwriting. The band's history goes back some 20 years when Kevin first met band mate John Coinman in Los Angeles during an acting workshop. The two began playing and writing music together and soon after started a band called "Roving Boy." As Kevin's star began to rise, he was unable to devote much time to the band. However, he and some of the band members continued behind-the-scenes playing, writing, and recording anytime they could throughout the years.

A few years back the itch became stronger for Costner to start performing on a more regular basis. Costner recalls a performance back in August 2005 and remarks, "I remember looking out into the crowd, thinking 'this just feels right'." And with that, his passion continued to grow with the end product of that passion being the debut album, Untold Truths.

Radio programmer, Scott Lindy was one of the first people to hear the new album and had this to say, "I know what you're thinking about when you hear Kevin's gonna put out an album of country music. I thought it too. But then I heard it, and I got it. He's not chasing fame here (do you really think he needs to?), he's following a passion. I couldn't keep this music off of the air."

The album is comprised of 12 original tracks all written or co-written by Kevin Costner & Modern West (Modern West is John Coinman, Blair Forward, Teddy Morgan, Larry Cobb and Park Chisolm). A 4-song sampler was shipped to Country radio October 1 and included tracks "Long Hot Night", "Hey Man What About You", "90 Miles an Hour" and "Superman 14." The band will tour later this year and into early 2009 in support of the release.

Alive In The City (CDS)

Famous For Killing Each Other: Music From And Inspired By Hatfields & Mccoys

From Where I Stand