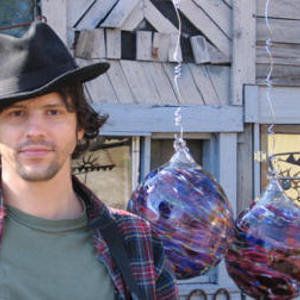 Music has become the lifeblood of Ken Will Morton. An accomplished singer/songwriter based in Athens, GA, his music is rock with elements of Americana, roots, folk and blues. His songwriting and unique voice has been praised by No Depression, Harp, Paste Magazine, An Honest Tune, American Songwriter, Stomp & Stammer, Southeast Performer, Performing Songwriter, Relix, Blues Matters, Vintage Guitar, Georgia Music Magazine

He is an extremely engaging performer, nominated twice for ?Best Solo Performer? by the Flagpole Magazine. He has toured most parts of the U.S., opening for Edwin McCain, Dick Dale, Randall Bramblett, Tommy Stinson, Sugarland, & more. He has toured in Ireland, performed at South-by-Southwest, the Americana Music Festival, Joshua Tree Music Festival, AthFest, Atlantis Music Conference, and more.

In April of 2008, Ken Will's song ?Oh Lord? was prominently featured in the TV show The Deadliest Catch on the Discovery Channel, leading to national recognition.

In June of 2008, Morton released two highly acclaimed full-length CDs on Rara Avis Records. Kickin' Out The Rungs is a 10 song acoustic-based album, which includes ?That's All Behind Me Now,? a tune co-written with Kristen Hall (formerly of Sugarland). Devil In Me is a collection of 11 rock songs recorded with his band The Wholly Ghosts that showcases Morton's prowess on electric guitar.

Ken Will Morton is currently working on two new records that have yet to recieve a release date, but are sure to be his best work yet.