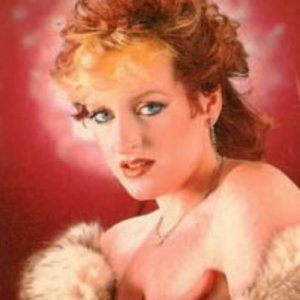 Kelly Marie (born Jacqueline McKinnon, 16 October 1957, Paisley, Scotland), is a British Pop, Disco, and Hi-NRG singer. In 1976, at the age of 19, she had her first taste of success with a winning appearances on the weekly UK TV talent show "Opportunity Knocks". Her debut single "Who's That Lady With My Man" entered the French Pop chart and peaked at #1. It was followed by other hit songs such as "Sister Mary" (a duet with Joe Dolan), "Help Me", "Run To Me" and "Make Love To Me."Her biggest UK hit, "Feels Like I'm In Love", reached #1 in August 1980 and stayed in the charts for 16 weeks.

A massive international success, it still goes down a storm in pub/disco/party/wedding bashes, etc. Apparently it was written by Ray Dorset, originally as a potential song for Elvis Presley, who died before it could be given to him. With the exception of "Loving Just For Fun","Hot Love" and "Love Trail", none of her subsequent singles caught the attentiion of the mainstream audience. However, Marie remained a popular and successful attraction in discotheques around the world with a long string of Hi-NRG songs such as for the remainder of the 1980s, 1990s and into the new milllenium.

The Best Of Kelly Marie