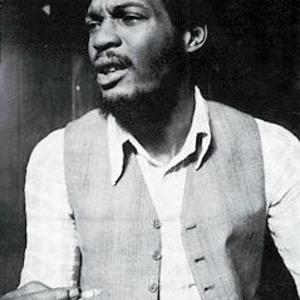 Keith Hudson aka the "Dark Prince of Reggae" (1946 in Kingston, Jamaica - 1984 in New York, USA), was a Jamaican reggae artist and record producer. He is known for his influence on the Dub movement. Raised in a musical family, Hudson first worked as a dentist but soon was hanging out with musicians like Don Drummond. So, he really entered the music business in 1968 by producing Ken Boothe's Jamaican hit "Old Fashioned Way".

In the following months he worked with Delroy Wilson and John Holt and was the first to record DJ U Roy in 1969 with Dynamic Fashion Way. Other DJ productions included tunes with Dennis Alcapone and Big Youth ("S 90 Skank") released in 1972 became the DJ's biggest hit. In 1975, Hudson released his classic Pick A Dub, widely considered to have been the first deliberately thematic dub album, with tracks specifically mixed in the dub style for the purpose of appearing together on an LP. His album Rasta Communication (1978) was well received by a wider audience and is considered a roots reggae classic. Hudson died of lung cancer in 1984.

Flesh Of My Skin Blood Of My Blood