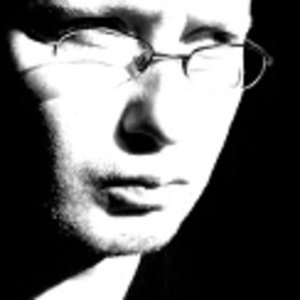 After immersing himself in the books of Aldous Huxley, Carlos Castaneda, Lao Tzu and Nietzsche, poetry from the great Sufi masters Shams-ud-din Muhammad Hafiz, Jala al-din Rumi and Farid ud-din Attar, the Japanese philosophies of Wabi-Sabi, Zen and the I Ching, a book of oracles containing the whole of human experience through the symbolism of its hexagrams, Keith resurfaced with the aim in becoming technically proficient enough with his macintosh so as able to assimilate these philosophies to sound.

An encounter with Akira Rabelais's software programs Argeiphontes Lyre & Argeiphontes Recalcitrance - plus the usual array of more academic programs needed for sound design, helped shift his view of this little machine from an over glorified typewriter, to a powerful sound-tool that could transform, mutate and add a magical realist and random element into this labyrinth of sound experiments - which by now it's corridors had taken on an mystical otherworldly, yet organic sound, a sort of waking dream which if the listener had the right tools to penetrate could be awarded with a heightened awareness of their long upheld perception of the world around them, something religions of the East have called Maya, an illusion. "I work with blocks of sound in the same way a zen koan might work, in the sense that these "blocks" are supposed to be "triggers" which though they do not contain enough information in themselves to impart enlightenment, may possibly be sufficient to unlock the mechanisms inside one's mind that leads to enlightenment".

Born 1973, implanted into a normal life together with psyche that was already being filled with the numerous rubbish unnecessary for contemporary life Keith set about, like the birds in Attar's "The Conference of the Birds", in search of a Godhead and a divine unity with sound, space and the never ending pursuit of silence only to find himself back at the same harbour that his ship first set sail from. Keith's work has been released on such labels as trente oiseaux, Crouton Music, Authorized Version and Twenty Hertz.

The Ear That Was Sold To A Fish