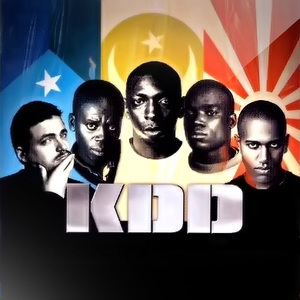 KDD claims as a group of hip hop separate, arisen from the communicative fury where it is question to transform all the frustrations and the angers into positive energy. "Resurrection", the second opus installs them in the top 50 with the single "Une Princesse Est Morte" who makes sell more than 60 000 copies of the album and a first disc of silver. After long years of silence, Kartel Double D?tente returns at this beginning of year 2000 with "Une Couleur de plus au Drapeau". The KDD, always so engaged in the fight against the dishonesty and the easy money, proposes a new production of big hip hop. To note the participations of 113 and Don Choa featuring, on "Artifices" and "Ghetto Coca?ne"