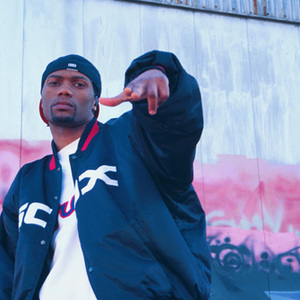 There are 2 Bands named Kaze: 1. Kevin ?Kaze? Thomas 2. A Free Jazz Group 1. Kevin ?Kaze? Thomas is a versatile artist-producer who captures the spirit of groundbreakers like Run-DMC, Snoop Dog, and Wu-Tang Clan to promote an on-going, innovative hip-hop culture. Hailing from northern Virginia and eastern North Carolina, Kaze grew up in the 80's memorizing his big sister's mix tapes of hip-hop legends to lift himself out of an oppressive country lifestyle.

1. Kevin ?Kaze? Thomas is a versatile artist-producer who captures the spirit of groundbreakers like Run-DMC, Snoop Dog, and Wu-Tang Clan to promote an on-going, innovative hip-hop culture. Hailing from northern Virginia and eastern North Carolina, Kaze grew up in the 80's memorizing his big sister's mix tapes of hip-hop legends to lift himself out of an oppressive country lifestyle. As a student in communications at the University of North Carolina in Chapel Hill, Kaze helped to create Hip-Hop Nation, an on-campus organization fostering the growth of local emcees, poets, DJs, dancers, and graffiti artists. His mission gained national attention in 2001 when Kaze was tapped to co-create, produce, and host the nationally syndicated television program titled Hip-Hop Nation: Notes from the Underground. The show captured the immensity of the culture's influence with viewers in over a hundred markets and linked Kaze's name with a movement of international interest.

Kaze's production experiences led to the establishment of his own record label, Soul Dojo, Inc. The initial offering under that label is his Spirit of '94, a tribute to the legends of hip-hop featuring 15 tracks he both wrote and produced. Ingenuity and originality characterize his rhymes, while his words promote political consciousness, address personal trials, and celebrate the passion of hip-hop. The March 2003 release of Spirit of ?94 set the standard for the label, claiming much critical acclaim and winning fans across the state. After selling thousands of copies independently, both on the streets and through mom and pop record stores, Spirit of '94 was picked up by BCD Global Distribution in October of 2003 for placement into Transworld operated record stores such as FYE. The single, ?50/50 Amp?, has received airplay on college and commercial radio stations across the country, charting with Billboard and with CMJ. Kaze peaked at number 11 on the Rap Network in March of 2004, a chart tabulated by spins from the tastemakers of college radio.

Kaze's April 2004 sophomore effort, titled Enemy of the State, is a mixtape which features a collection of tracks by North Carolina's finest hip-hop artists and producers. With notable appearances by Nature and 9th Wonder among others, Kaze uses the album as a platform for voicing his desire to make it to the top of the industry and chronicles his success and struggle thus far. Kaze's first single from Enemy of the State titled ?On? is due to grow on the strength of his debut and aims for an even greater audience.

Kaze has become one of the most talked about and recognizable figures in the North Carolina music scene. With strong personality and a unique style, he reigns as a tested mic battle champion and regularly lights up stages at nationally known venues across the Southeast including the Smith Center, Gusman Theater, Cat's Cradle, Echo Lounge, Local 506, Apache Cafe, and The Brewery. He has opened for such artists as Nas, Jurassic 5, KRS-One Dead Prez, The Arsonists, Swollen Members, and Camp Lo. He also can be heard working the crowds for Soul Dojo's premier open mic night, Microphone Mondays, at Rolling Stone Magazine's favorite Chapel Hill music venue, the Local 506.

Formed only seven months before their remarkable debut recording Rafale, Kaze brings together trumpeter Natsuki Tamura and pianist Satoko Fujii, two of Japan's foremost improviser-composers, with trumpeter Christian Pruvost and drummer Peter Orins from the French improvisers collective, Muzzix.
The members of this international quartet share an insatiable appetite for sonic experimentation, boundless energy and enthusiasm, and the disciplined intelligence of accomplished spontaneous composers. Melodic, abstract, mysterious, beautiful, and confrontational, Kaze plays free jazz at its most creative and powerful.