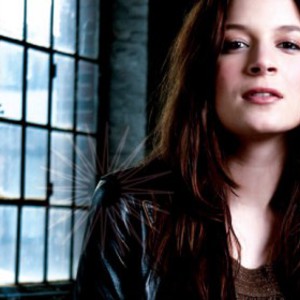 BIOGRAPHY It all started on holiday, somewhere at a campsite in italy. About a dozen people gathered round a young lady at the beach. Somebody was playing the guitar. And a lady was singing, with a brilliant voice, lost in herself but with incredible presence. Among the spontaneously assembled audience was a producer from Frankfurt/Germany. And everything came, as it had to come. And still today Kaylou doesn't give a shy first impression.

It all started on holiday, somewhere at a campsite in italy.
About a dozen people gathered round a young lady at the beach.
Somebody was playing the guitar.
And a lady was singing, with a brilliant voice, lost in herself but with incredible presence.

Among the spontaneously assembled audience was a producer from Frankfurt/Germany.
And everything came, as it had to come.

And still today Kaylou doesn't give a shy first impression.
She's young, selfconfident and sparkling with energy.
The charismatic head of the same named band knows, where she wants to go and she is obviously on her way to
getting there.

Kaylou was born as Kristina Louise Kristoffersen on September 5th in 1986 as the first of two sisters in Gjerlev (Denmark). She grew up inside the idyllic world of this small town, well protected but also somehow encased.

So, naturally the first platform for the girl who was forever singing was the local church choir. She was just six years old when she first performed in front of an audience. Exceeding all expectations, she immediately won the hearts
of the people from Gjerlev.

Her choice of high school was wellfounded by it's priority in musical education. Kaylou didn't really like studying and homework away, but she got good marks anyway.
Besides playing guitar, she started with piano and worked hard at her singing, did theatre and jammed a lot.

A little later, thanks to luck and her extraordinary voice she became acquainted with Rick from the Noizmakers ? a coincidence, which changed her life. Kaylou was just fourteen.

Following their meetings, there were countless trips to Frankfurt, the homebase of Noizmakers Entertainment.
Ralph Diehl and Rick Damm, supported by the songwriters/producers of "Halflive Productions" and the songwriters Mary and Chris Applegate, started with the concept and the tailormade songs for their upcoming star Kaylou. She hooked up with a lot of crazy and qualified musicians through the Noizmakers.

Quickly a deep friendship developed with a couple of particularally lovable and talented guys: Rob Fisher, Hamed Narraghi and Nick Paste, producers, musicians and members of the Producerteam Halflive from Germany. They became the base for the new band "Kaylou".

In Winter 2002 Kaylou dropped out of school after 9 years and left her homestead Denmark. Since then, she shares an appartement with Rob and is concentrating on her career.

Bassman Flo Huth completed the band Kaylou. Supported by her parents and embedded into the friendship with her band she works hard ? conform to her motto: "Everything in life is reachable. You just have to really want it ."

Kaylou is a good observer and does just that with people in her surroundings.
This is inspiration for her and it's profitable for her creativity and her strong kind of vocals. Asked about her musicial influence, there's one singer she loves in a special way: "I admire Chaka Khan. I don't need idols, but Chaka Kahn is the greatest artist for me. To be on stage with her would be a big dream for me!"
Kaylou has diverse interests and also a manifold of musical tastes. In her CD collection, you'll find artists such as Prince, Jamiroquai or Christina Aguilera between discs from Creed, Incubus or Alice in chains.
Naturally, this broad range is reflected in her music.

It's a mix out of hit-appeal and individualism, rock and pop, power and sensibility ? Kaylou masterfully aims at the space between the styles.

The debut CD "Kayloaded" has been released June 2005. This album and the first single "Lullaby" are filled with all the emotions and the energy that Kaylou and her musicians have to offer. The professional guidance of the Noizmakers and a big pool of songwriters, pr-specialists and other insiders is responsible for the rest. So success is guaranteed. No question, the music is also convincing live on stage. This has been proven by their energetic gigs among others in Frankfurt/Waldstadion, Cologne/K?lnarena, Munich/Olympiahalle or Weilburg/Hessentag (with Duran Duran).

Kaylou's vision to create real, emotional music not only acoustically, but also visually comes across in a great way. Album, video, CD-artwork and the website www.kaylou.com are a conceptional perfection and complete work.

All in all, on the road to success. So we're curious about what the future will bring next.