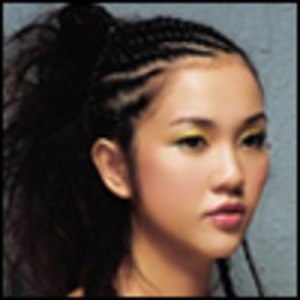 Kay Tse (Traditional Chinese: ??? / Simplified Chinese: ???) (born March 13, 1977) is a Hong Kong pop singer. She was a newcomer to the music industry in 2005, and is known for her versatile vocal range and styles, including pop, alternative, rock, jazz, and soul. Since 2008, she has become one of the most popular female Hong Kong singers. In 2002, whilst still a university student majoring in American Studies at the University of Hong Kong, Kay Tse entered a university singing competition and won First Prize.

In 2002, whilst still a university student majoring in American Studies at the University of Hong Kong, Kay Tse entered a university singing competition and won First Prize. She also entered an inter-schools singing competition in 2003 and made the final five, impressing one of the judges so much that he offered her a professional contract with his small music label. At the time she was working as a piano teacher.

Initially, due to the dearth of love songs in her albums, Tse was not popular in the mainstream Cantopop market. Nevertheless, many music industry insiders have tipped her singing ability to have big potential (despite her plain looks) and regard her as one of a new breed of 'non-idol' singers who sell their singing ability rather than their looks.

Tse had several hits in 2005. These include the songs:

??????, a fast catchy pop tune mocking the Asian dieting trend;
????????, a slow ballad expressing a singer's feelings on the stage;
?????, a funky song that makes fun of different types of men;
??-?????, a fast Jazz song satirizing the tabloid magazines;
?????, an encouraging, grateful song accompanied by a touching music video to thank her loyal fans who like and follow her music even though she doesn't release many love songs to cater to the mainstream.

On January 1, 2006, Tse won the Bronze Award for CRHK 2005 Best Newcomer, along with Ivana Wong and Janice Vidal who won Silver and Gold respectively.

Despite not appearing in public for most of 2007 for maternal leave, Tse was still one of the top three female singers with the most airplay on the radio.

In 2008, ???-? sung by Kay Tse became the undisputed Cantonese song of the year and has won almost every major award in several categories (including best song, best melody, best lyrics, and best album) for that year in Hong Kong, China, and overseas. Thus, Kay Tse also won the coveted Hong Kong Four Stations Media Award for being the artist who won the most awards in 2008. Consequently, her popularity rose sharply and she has since become one of the top female Hong Kong singers in just a few years.

In 2009, Tse will release a Mandarin album targeting mainland China and Taiwan markets.