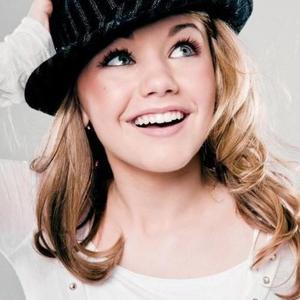 Age doesn't best define a person's level of maturity or emotional depth. Life experience does. Katelynne Cox might simply seem like a fresh-faced teen with an amazing voice, but behind that exuberant smile lays a seasoned soul with a wealth of experience that adds integrity, character and emotional weight to her budding artistry. ?I love country music. I love rock music. I love Broadway tunes. I've even listened to screamo music and I love it all,? says the young pop/rocker whose first full-length album, One Girl, releases in May on Red Hammer Records.

?I love country music. I love rock music. I love Broadway tunes. I've even listened to screamo music and I love it all,? says the young pop/rocker whose first full-length album, One Girl, releases in May on Red Hammer Records. ?I love to sing and lyrics are what is most important to me. I don't want to sing about anything that I haven't experienced. I want each song on the album to be a little piece of Katelynne and for my audience to get to know me better and to be able to relate to me.?

That desire to be accepted and create music that fosters a sense of community was actually born out of some challenging times in the young singer's life. Her teenage parents divorced when she wasn't yet a year old and she spent time with both growing up. ?I have great parents and I love them very much,? she says. ?They've always supported me and even when we might not have had the money to do everything that other kids got to do such as take vacations every year or go buy this and that, I learned to appreciate everything I got so much more. All you really need is family.?

Another trial emerged in her life when she became the victim of bullying in school. As a result, she had to change schools nine times. ?It was a struggle. It was hard to just brush it off,? the 16-year-old admits. ?In 8th grade, I was attending a private school and I switched schools because my parents wanted to transfer me into the public school. I got called words that I didn't even know, that I didn't even understand. I had to look them up or ask my parents what they meant. I had threats to kill me. I had people stalking my house and people got arrested for some of the stuff that they were doing to me.?

There's a common misperception that only socially awkward or ?nerdy kids? become the target of bullying when in reality, beautiful, over-achieving students are also frequent victims. For petite, pretty Katelynne it was a living nightmare. As a sophomore, she was tackled in the hallway and sprayed with foul-smelling men's cologne. On another occasion, her cheerleading uniform was stolen to keep her from cheering in a big game.

She was scared and miserable. For a while she tried to escape the abuse by trying harder to fit in. She dyed her hair black and tried to blend in by changing her appearance and developing a tougher attitude. She admits she put her faith on the back burner, but God drew her closer again and taught her important lessons. She learned her true identity was in Christ and His plan wasn't for her to conform to the world, but to use her gifts for His glory. ?I started going to church again,? Katelynne says. ?I sang at a church and realized that the Lord's plan for me wasn't to act like everyone else. It was to pursue my dreams. I know He has a plan for me and I plan to keep following that and trying to see where He wants me to go.?

Today's headlines are filled with stories of bullying and the horrible impact it has on young people, but Katelynne refused to be a statistic. ?I've had my difficult times in handling it and dealing with my peers, but I'm over it,? she says. ?I'm in college right now. I'm in the Running Start Program, so I will be graduating with my associate degree and my high school diploma next year.?

Though many young people let such situations rob them of their joy and sometimes their lives, Katelynne found the strength to overcome the taunts and abuse to become a confident young woman. As a result, her music is uplifting and empowering. She has a message for other young people. ?You're not alone and you don't need to seek approval from other people to feel good about yourself,? she offers. ?Pursue what you want to do and you'll find your good friends along the way. I have two extremely close friends that I plan on keeping forever. Find your close friends, find what you love and everything will fall into place.?

Katelynne is living proof that with faith and hard work, good things will come. She was accepted into the first American Idol camp, which led to her recording the National Anthem for KUPL, a local radio station in Portland, Oregon. Red Hammer Records president Darren Bowls heard Katelynne's voice and signed her to his Portland-based label, which is distributed by Entertainment One Distribution.

One Girl is a stellar debut from a young artist who not only possesses a compelling voice, but who truly has something to say. ?Lyrics were huge to me and I listened carefully to every song,? she says. ?I chose One Girl as the title of the CD.

That message of integrity, empowerment and accountability continues throughout the record. ?We have another song on there called ?You and Me,'? says Katelynne, ?and it starts off with ?Thanks John Mayer, but we're not waiting on the world to change.' It's all about not conforming and making your own decisions. It's about choosing your life and what you want to do and who you want to be and not letting others influence that.?

Among her favorite tracks is a tune called ?Smile.? ?I sing it as if I'm singing it to my best friend,? she says. ?It's great. It's all about how her smile makes me smile, how she just lights up a room and lights up my life. She is so positive and really helps every day just get that much better. So that's a good song and I love performing it live.?

Musically Katelynne describes her sound as ?positive pop with some throwback 80's guitars.? A born entertainer who began to sing at school and church functions as a child, Katelynne has an engaging stage presence and the unique ability to connect with audience members of all ages. ?I want to be someone that families can listen to,? she says. ?I want my music to be positive. I want to inspire people my age and younger and people older that they can pursue their dreams no matter what challenges they might face in life.?

Katelynne Cox is living proof that faith, grace and love can help anyone become a survivor, and her music encourages others to persevere. After all, if ?One Girl? can do it, can't we all?