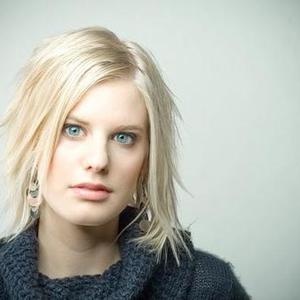 Katelyn Dawn is an dynamic singer/songwriter who knows how to give her audience an energetic powerful performance. With edgy vocals and thought provoking lyrics, her debut album, 'Open Your Eyes' released in April 2006 has garnered her a contract with international promoter, Ron Lamoureux of Cafesonique and a showcase spot at MIDEM 2007 in Cannes, France. Her first single 'Whatcha Got' has received mainstream radio rotation on Winnipeg's Hot 103 and across Canada on CBC Radio Canada and has been featured on numerous other stations across Canada.

Katelyn began writing and performing music at the age of 14. Her early influences are artists such as Jewel, Sheryl Crow, Chantal Kreviazuk, Sarah McLachlan and Michelle Branch to name a few. Katelyn was awarded a showcase spot at NXNE 2006 in Toronto. Katelyn has performed at the Winnipeg Folk Festival in 2005 and 2006. This past summer Katelyn opened for Mobile, a very successful Canadian band, which was followed by a Manitoba -Saskatchewan tour. She's also performed at venues such as the Red River Ex, Pantages Playhouse Theatre, West End Cultural Center and her CD Release at the Ramada Entertainment Center. Media appearances have included City TV's Big Breakfast Show, Shaw TV's Entertainment Corner, Winnipeg Folk Fest television taping, Kenora, Ontario's Backbeat 807, in studio live interviews on Hot 103 with Adam West and on Q94 with Troy Scott, an appearance on CBCs Up to Speed with Margo Watt, several ? hour segments of Made in Manitoba, a radio talk show and numerous other radio interviews.

Katelyn's career is moving toward the international market with Ron Lamoureux from cafesonique.com taking her on as one of his main feature artist on his 3D website. She has the number one spot on their compilation CD that was marketed at Popkomm in Germany. Katelyn showcased at MIDEM 2007 in France and will also be doing a European tour in 2007.

Katelyn is a passionate, focused and determined musician whose desire is to have the world hear her music! .