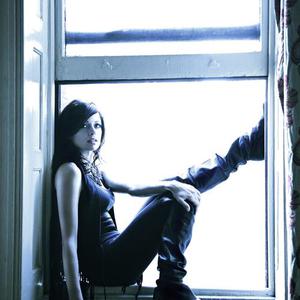 Kate Tucker is a singer, songwriter, and guitarist from Akron Ohio. She plays rich, emotive alt-country and americana influenced rock. Her sonic influences reflect shades of Neko Case, Cat Power, Ryan Adams, Wilco, Cowboy Junkies and Mazzy Star with occasional forays into a land inhabited by the Cocteau Twins, Blonde Redhead and David Lynch. Growing up in a family of truck drivers, Kate became acquainted with the American road from the window of a semi. From an early age she was familiar with constant comings and goings, departures and homecomings.

Growing up in a family of truck drivers, Kate became acquainted with the American road from the window of a semi. From an early age she was familiar with constant comings and goings, departures and homecomings. A sense of place, space, home, and the vast unknown continues to inform her work both in mood and lyric.

Perhaps this frequent travel set in motion what would become Kate's musical journey beginning as a street musician in Paris, settling down to make three records in Seattle, and then leaving town again for Brooklyn, Akron, and now Nashville Tennessee.

In the midst of all this, she's built a strong catalog of work and garnered a devoted fan base grass-roots style, releasing everything on her own independent label, Red Valise Recordings. Her songs have been featured on Starbucks compilations, on major television networks, topped the blog charts, and sold enough to keep her current ventures alive.

At the moment, Kate is finishing a six song EP comprised of tracks she has written for the forthcoming feature film Everything Went Down. This will mark Kate's acting debut as she holds a main role in the film.

As an artist, writing songs and performing them remain Kate's primary focus, prompting her recent relocation to Nashville. She's begun work on a new collection of songs, as well as a side project to explore her electro pop leanings.

New videos and more at youtube.com/katetuckersongs