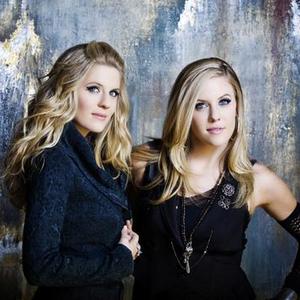 Big Machine recording artists, songwriters AND identical twins, Kate and Kacey Coppola are one of country music's fast emerging talents! Originally hailing from Denver, they are now proud Nashville residents. Kate and Kacey Coppola recently charmed TV audiences with both their powerful harmonies and sweet spunk on CMT's Can You Duet? -- singing their way to the semi-finals. At 18, they picked up a guitar and started writing songs. Kate and Kacey's family harmony, honest lyrics, and classic voices drive their music which reflects their roots in the Rocky Mountains.

The Coppolas signed a publishing deal with EMI Nashville in February of 2007. Since then they have been writing, recording, getting cuts, and performing with some of Country music's best! As gifted songwriters, Kate and Kacey penned the song ?House With No Doors,? included on George Strait's current hit album Troubadour.