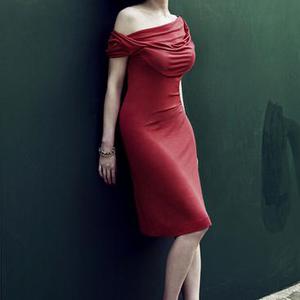 Katarzyna Groniec was born on February 22nd 1972, in Zabrze, Poland. In 1988 she won The Young Talents' Festival in Pozna? (Poland), which gave her the opportunity to start cooperating with Warsaw's Studio Buffo Theatre, one of the best music theatres in Poland. This cooperation lasted until 2000, and during that time Groniec starred in various musicals, such as "Metro" (which has also been staged on Broadway) and "Grosik". In 1997 she won the Grand Prix and the press award at the Actor's Song Festival in Wroc?aw.

Until now, she has recorded five albums:
"M??czy?ni" ("Men") in 2000,
"Poste restante" in 2002,
"Emigrantka" ("The Emigrant") in 2004,
"Przypadki" in 2007,
"Listy Julii" ("The Juliet Letters") (with her versions of songs from Elvis Costello album) in 2009.
Though formally different, all of her albums share a common feature: they are a mixture of new songs, written by herself or by famous Polish musicians and sometimes with the lyrics from poetry (K. I. Ga?czy?ski, S. Le?mian), and covers of artists such as Nick Cave, Kurt Weil, Edith Piaf, Marlene Dietich and others.