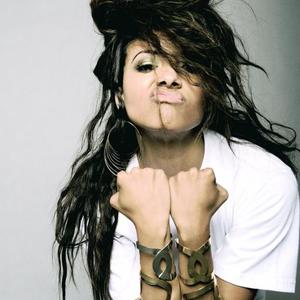 Katerina "Kat" Alexandre Graham (born September 5, 1989) is an American actress, singer, dancer, and model. She has appeared in numerous television shows and film productions, as well as music videos. In 2009, she began appearing in a supporting role as Bonnie Bennett in The CW television network show, The Vampire Diaries. Graham was born in Geneva, Switzerland and raised in Los Angeles, California.

Graham was born in Geneva, Switzerland and raised in Los Angeles, California. Her father, Joseph, is Liberian and her mother, Natasha, is Jewish (of half Russian and half Polish ancestry). Graham was born in Geneva, while her father was working as a journalist for the United Nations. Graham's father was a music executive and the godfather of two of Quincy Jones' children, while her grandfather was a UN Ambassador, serving for 40 years in The Netherlands, Sweden, Romania, and Kenya. Graham attended Hebrew school and speaks English, Spanish, and French, as well as some Portuguese, and Hebrew.

In addition to being a professional actress and dancer, Graham began to pursue a career as a musical artist. One of the first songs she wrote, entitled "Derailed", was featured in a Jean-Claude Van Damme film. In 2008, Graham completed a world tour with The Black Eyed Peas; she is featured in two songs "I Got It From My Mama" and "The Donque Song" featuring Snoop Dogg, released on will.i.am's solo release, Songs About Girls. In 2010, Graham released the single "Sassy". She then went on to release multiple covers including Paula Abdul's "Cold Hearted", which garnered Graham the attention of Paula Abdul. Graham contributed a cover of the classic Garbage song "Only Happy When It Rains" to the Vampire Diaries soundtrack for the December 2, 2010 episode titled "The Sacrifice".