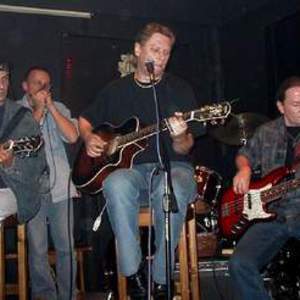 "Kasa Chorych? (meaning HEALTH INSURANCE COMPANY) is the real legend of Polish blues-rock. The band was started in 1975 by Ryszard ?Skiba? Skibinski (who played harmonica) and the guitarist Jaros?aw Tioskow. At the beginning they played in small clubs round Bialystok. The crucial moment of their career was the year 1978. They participated in the most important Polish rock festivals, they also gained many first prizes and were welcomed enthusiastically by the public as well. All these factors made them extremely popular all around the country.

In 1978 they recorded their first songs for the local radio station. In 1980 their debut single track appeared. It was delivered by the private sources to the U.S.A and soon it was on the third position in the annual questionnaire of the WRJC-FM radio station in Baltimore. The first two positions belobged to Albert Collins and Muddy Water. What is interesting even B.B. King's ?Rock Me Baby? was placed lower in the total rank. The great shock for all the fans of blues was the tragic death of Ryszard ?Skiba? Skibi?ski who died on the fourth of June 1983 after the drug overdose. In 1984 the band published its first longplay entitled ?Ryszard ?Skiba? Skibinski 1951 -1983?. It included the most popular songs of ?Kasa Chorych?. At the end of 1984 the band suspended its activity. In 1992 the musicians re-created their band. The initiator was Jaros?aw Tioskow. The new ?Kasa Chorych? released three records, plays at the most important Polish blues festivals and gives number of concerts (they're the best in it).

During 30 years of activity the band's music evolved from the archaic ?village? blues, through the urban-Chicago with addition of the country music, to boogie and different kinds of blues-rock, rock, funky and even to pop-rock. It is widely known that it is difficult to close oneself into tight frames of pure blues. The characteristic sound of the band's music comprises of the guitar unisons, fiery slide and the rhythmical pulse of the bass.
?Kasa Chorych? is one of the most prominent bands in the history of the Polish music (not only blues). In the mid-80s their music contributed to the beginning of the new, fresh dimension of Polish blues. They gave the injection of bracing energy and ideas making young people interested in this kind of music.
It is thanks to ?Kasa Chorych? that blues resounded at the most important rock festivals in Poland. Up till now they are in the first ranks despite the great and strong generation of young artists.