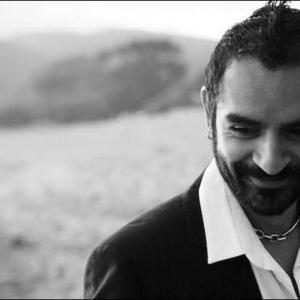 Described by Billboard Magazine as a ?visionary composer and producer?, Karsh Kale is one of global music's brightest stars. In the past 12 years as a solo recording artist, producer, composer, live performer and DJ, Karsh has set the world of electronic fusion on fire and has helped to create a genre of new music and culture that continues to influence an entire generation. His body of work has been cause for fans and critics alike to claim Kale as a pioneer and a trail blazer...

Born in West Bromwich England and raised in New York by immigrant parents from India, Kale showed his interest in music first as a drummer and eventually as a tabla player (paired classical percussion instrument from north India). Kale grew up steeped in classical music and film music from India; largely due to his father's own passion for sound. It was Karsh's father who also introduced him to other styles of music as well such as that of the Beatles and the Rolling Stones. This became a doorway for Kale to begin his own exploration further into the worlds of rock, jazz and eventually, electronica. Bands like Led Zeppelin, Rush, the Police and Pink Floyd along with early hip hop and pop music became some of his earliest and most profound influences. Being a predominantly self-taught musician, Kale was able to break rules at an early age as he began experimenting with different instruments and styles. His own ingenuity and experimental nature helped Kale in developing his ?Electric Tabla?. In 2002 Kale was invited to join other pioneering creators of new electronic instruments at the prestigious Lincoln Center where he joined the likes of Robert Moog and Moceanworker to perform the very first all electronic version of Terry Rileys ?in C?. Though he has no true guru (teacher) or gharana (school of learning) that he belongs to , Kale , through shear talent has found himself working with the very best from the genre's in which influenced his sound, from Pt Ravi Shankar to Sting to Zakir Hussain, Herbie Hancock and Bill Laswell to only name a few..

Karsh Kale began his career in music while a student at NYU (New York University) where he studied music production and performance.
He began playing with local bands and was able to showcase his original style as a tabla player and drummer, which led to many recording projects as a session musician. In the mid nineties Kale found himself collaborating and recording with artist such as DJ Spooky, Herbie Hancock, Chaka Khan, Amel Larouix, Bill Laswell and more. His studio savvy and original style keep him in demand to this day as he has recently done sessions for artists such as Lenny Kravitz, Yoko Ono as well as his partners in crime the Midival Punditz. Kale has, as of date, recorded on over 50 releases worldwide as a session musician.

As the 20th century came to a close, Kale found himself inspired and began creating his own solo work which would eventually take form in a highly successful monthly event called Futureproof in NYC. Kale simultaneously created his first self produced E.P called ?Classical Science Fiction From India?. A nationwide tour with electronica legend DJ Spooky allowed Kale to spread his sound and also allowed his music to fall into the hands of then upstart record label Six Degrees Records. After the label took notice, curiosity brought them to NY to witness Kale's Futureproof event. Karsh Kale was immediately signed to a multi album record deal, making him the very first Indo-American to attain a solo record contract in the states. In 2001, Kale released ?Realize?, his first solo international release. The album became a milestone for what was dubbed the Asian Massive scene and positioned Kale as the genres leading proponent. The album featured collaborations with the likes of Ustad Sultan Khan, Gigi and some of NYC's finest musicians. 2 of the songs from ?Realize?, ?Distance? and ?One Step beyond? are now included in the Microsoft Vista Operating System allowing millions to share in Kale's music.

In the same year Kale was approached by super producer Bill Laswell to contribute to a project he was calling ?Tabla Beat Science?. The album would feature the leading tabla artists who were taking the instrument into modern and exciting new contexts. Kale joined Laswell, Zakir Hussain, Trilok Gurtu and Talvin Singh to create ?Tala Matrix? which is considered to be one of the greatest modern explorations of tabla fusion in recent years. The project eventually evolved into a live band featuring Kale on drums and electric tabla, Zakir Hussain on acoustic tabla, Bill Laswell on bass, Ustad Sultan Khan on Sarangi and DJ Disk ? turntables. Tabla Beat Science went on to tour the world from their debut at the 16,000 strong Stern Grove concert, which eventually became a 2 disc live release on Palm Pictures. Other stops included Dubai, Beirut, LA, Tokyo , London's Barbican Center, and finally at the 2nd annual Barsi concert in Mumbai honoring the death anniversary of Hussains famous father Ustad Allah Rakha. Tabla Beat Science also had many guest artists joining their electric live concerts including Pt Hari Prasad Chaurasia, Ganesh Iyer, Salim Merchant (Salim Suleman) and the Midival Punditz.

In 2002 Kale also initiated a tour that would bring together the most promising artists from this evolving genre, which eventually was called the Asian Massive tour. Joined by label mates Midival Punditz and Cheb I Sabbah, the Asian Massive tour proved to be a great success and set sparks that inspired artist from many other U.S cities to follow suit. A compilation of the same name helped to further the scene and establish this sound as an entirely new genre.

2003 saw the release of Kale's now legendary ?Liberation? album. On Liberation
Kale collaborated with Zakir Hussain and Bill Laswell on a track called Milan (named after his daughter) which has now become one of Kale's most requested works. The album also boasted collaborations with the Madras Cinematik Orchestra, ace bollywood composer Salim Merchant, Kirk Douglass (guitarist of the Roots) as well as his usual cast of collaborators including singer Vishal Vaid and the Midival Punditz.

In 2005 Kale began work on Broken English, which for Kale was a new direction in sound and musical approach. For Kale, known for his genre bending productions and musicianship , It was time to flex his songwriting skills. Broken English, which is Kale's first album predominantly set to English lyrics, boasted collaborations with the likes of vocalists Trixie Reiss (Crystal Method), Sol Seppy, Dierdra Dubois (Ekova) and MC Napolean. Kale also worked with artists such as sitar genius Niladri Kumar and the Mumbai Cinematik strings. Broken English became the calling card for the new sound emerging from Kale's repetuar and showcased Kale as a songwriter and a singer in his own right.

Around the time of the release of Broken English, Kale began collaborating with sitar visionary Anoushka Shankar. Their collaboration eventually turned into the 2-year project, which became ?Breathing Under Water? released in 2007. For both Kale and Shankar, the collaboration proved to be their most ambitious musical venture to date. Kale not only played many of the instruments but acted as composer and co songwriter which allowed him to pen songs for the likes of Sting and Norah Jones. The album also boasted collaborations with Pt Ravi Shankar, Pt Vishwa Mohan Bhatt, Shankar Mahadevan and Sunidhu Chauhan , and was co produced by Gaurav Raina (Midival Punditz) and Salim Merchant. Breathing Under Water proved to be a milestone for both Kale and Shankar and has cemented them both as undeniable forces in the world of modern world fusion.

Karsh Kale has over the years developed the reputation as a world class live performer and has toured the world with his own bands ?Realize Live? , ?Timeline? and ?Tabla Beat Science?. As well as , as a guest performer with bands like ?Material? ?Sound Tribe Sector Nine? ?Madman OF God? and the ?Universal Robot Band? which in turn has allowed Kale to share the stage with the likes of jazz legends Pharaoh Sanders, Henry Threadgill , Amina Claudine Meyers and Vijay Iyer as well as Rock legends Buckethead (Guns and Roses/Praxis), Serge Tankian (System of a Down) , Will Calhoun (Living Colour) and electronica stalwarts Paul Oakenfold, BT , and Grand Mixer DXT. Kale also has performed as part of a project in collaboration with Ustad Shujaat Khan (son of sitar legend Vilayat Khan) in which they recently performed to a sold out audience at Lincoln Centers Alice Tully Hall. Karsh has also performed at venues worldwide ,ranging from the now infamous CBGB's and Wetlands to the Hollywood Bowl , the United Nations, The Disney Theatre in LA and the Museum of Natural History in NY. Kale has also performed at many festivals around the globe including, the Montrieux Jazz Festival, Bonaroo, Glastonbury, Burningman, Bumpershoot, the Sydney Fest and Central Parks Summerstage to name a few. In 2007 Kale was invited by Anoushka Shankar to join her in a performance at the 2007 Grammy Awards making them the very first ever-Indian performance at the Grammy's. Kale has also as of late been performing in collaboration with the Midival Punditz creating the genre's first super group performing the music from both bands.

Karsh Kale has emerged as a force of nature in the electronica scene not only as a live performer and recording artist but as a DJ as well. He created Kollektiv, a national crew of DJs' producers, musicians and artists showcasing cutting edge underground music through Kollektiv events across the country and the world. Karsh Kale is also known for his remixing skills as he not only reworks music for the dancfloor but rather for the world stage as well. Karsh has created remixes for artists such as Paula Cole, DJ Spooky, The Cure, Sting, Midival Punditz, Yoko Ono, Anne Rani, Janaka Selktah just to name a few and is featured on many compilations worldwide.

Kale has lent his skills as a composer and producer for films and television alike.
As film composer Kale has created music for crossover films such as ?Chutney Popcorn?, ?Ocean Of Pearls? and ?Indian Cowboy?. His music has also appeared in Bollywood hit films like ? Fashion?, and recently ?Luck? and ?Kambakht Ishq? . Karsh Kale recently collaborated with the Midival Punditz on the rescoring of the 1973 classic Bruce Lee Film ?Enter The Dragon? which they have been presenting live in amny prestigious venues around the world . Kale continues to collaborate with the Pundits on future film projects including Ajay Naidu's ?Ashes? . Kale's music has also been featured on TV such as the HBO series ?Real Time with Bill Maher? and ?True Blood?.

As of late Kale has been collaborating on new projects for both film and solo release . Kale is also collaborating with the likes of hip-hop legend Afrika Bambata and the 90's Rock gods Live. Karsh continues to share his musical vision with an ever-growing legion of listeners who continue to hold his music as paramount within the global music scene.