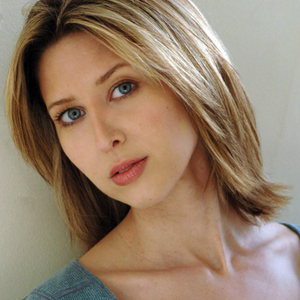 A former Miss Louisiana winner and Miss America contestant, Karmyn Tyler is no stranger to the spotlight. The multi-talented actress-singer is a member of the Hollywood chapter of the Screen Actors Guild and Actors Equity Association, as well as an accomplished vocalist. She co-starred in the movie Alabama Love Story with County Singer Mark Colley. Karmyn has appeared in numerous national and regional commercials.

Her beautiful and powerful voice is showcased on her self-titled debut CD of big band, swing, smooth jazz, adult contemporary, and torch music. Jazz review writes :? Karmyn is an incredibly talented singer with a wide range and top notes that ring out clear as a bell. Karmyn has an exceptional voice and you will not want to miss this wonderfully talented singer and the arrangements of Chris Meeks on this awesome CD.? Jazz Trendz wrote of Karmyn ?This voice is hot and geared up to lay some sizzling tones across your space, so make room! Karmyn Tyler is an entertainer, period!?

At the age of 6, Karmyn told her mom that she wanted to be on Broadway. Her parents thought she would outgrow it but realized as she grew older, that the "dream had not died". Karmyn was trained vocally in classical music and musical theatre. She attended Centenary College in Shreveport, Louisiana and Texas A&M-Texarkana and has a degree in Administration, Drama and Vocal Performance. She is a former Miss Louisiana and talent winner at Miss America. She has appeared on Ed McMahon's "Star Search", "Just Shoot Me" and "Walker, Texas Ranger". She is currently a recording artist and actress in Dallas, Texas and a member of Actors Equity and the Hollywood chapter of Screen Actors Guild, Recording Academy (NARAS) and the National Association of Teachers of Singing (NATS). Karmyn co-starred in her first major film production "Alabama Love Story" with country artist Mark Colley and recently starred in a movie entitled "My Dear Taryn" with director Micah Sapaugh of Ramba Bali! She has appeared in numerous commercials including American Airlines, EyeMasters, Bennigans, Ford Motor Company and Toyota. A complete list of her movie appearances, commercials and performances can be found on her personal website Her first album is a collection of music from 1920 and 1930 films and musical theatre productions and was showcased at the Perot Theatre in Texarkana to an audience of over 1200.