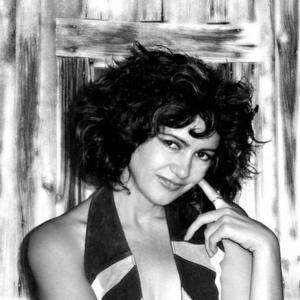 Karling Abbeygate is an enigma. One might, and understandably so, assume that she hails from Texas or Memphis, since her "twang" is tweaked to perfection. But this is not the case. She's from Norwich, a small town in the English countryside. Yet how can this be? Her voice drips with authenticity as she bleeds out those ballads, and chirps away at 'them thar' hillbilly up-tempos. The answer is in her childhood.

The answer is in her childhood. Karling's father, a military man hailing from Coffeyville, Kansas, met her mother while based in Norfolk, England. Both avid old-style country fans, they fed their daughter a consistent diet of Jim Reeves, Patsy Cline, Tammy Wynette and Loretta Lynn from the day she was born. And we thank them graciously, because Karling's soul has been seeped with more feeling and honesty than this writer can easily handle.

Can Karling Abbeygate sing? Boy, can she ever. Her voice has been likened to Wanda Jackson, Patsy Cline, and many other great female singers of the era. But one can't help suspect this is due to her talent being so beautifully time-warped, rather than any major resemblance to these other artists. This is why Karling is an enigma. It's as if she stepped right out of the 50's, yet there is a subtle flare of modern a day sensibility that makes us relate even more to her heartbreaking, knee slapping music and style.