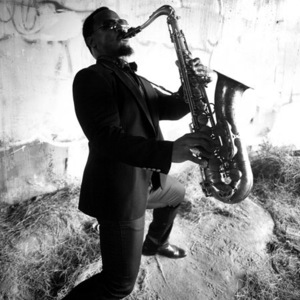 KDTU are best known for their infectious and energetic live performances, which led the group to find a niche of enthusiastic fans among those who celebrate jambands such as Phish and Widespread Panic as well as progressive jazz groups such as Soulive and Medeski, Martin, and Wood. Some members of the Tiny Universe are also involved in the funktronica/Nu jazz group 'BluSirkut', and also in the funky jazz band 'On The One'.

KDTU are road warriors. They spend the majority of any given year touring the country, most frequently in the West and Northeast but usually hit most cities along the way. They can also be found performing at numerous music festivals including Bonnaroo, High Sierra, Berkshire Mountain, Austin City Limits, and the Yggdrasil Festival.

In addition, KDTU has released two albums, a self-titled album in 1999 and The Bridge in 2002.

Bandleader, saxophonist, and main vocalist Karl Denson recorded with rocker Lenny Kravitz on his first two albums, Let Love Rule and Mama Said. After numerous world tours with Lenny, he parted ways seeking to pursue his jazz roots. This included recording four jazz albums on the German Minor Music recording label in a variety of configurations from trios to sextets. In addition to touring as a member of Fred Wesley's band he founded the premier San Diego jazz/funk act The Greyboy Allstars. Notably, Karl Denson also appeared in the 1988 movie, Coming to America, starring Eddie Murphy, as the saxophone player in the fictional band Sexual Chocolate, which features Murphy as singer Randy Watson.

Trumpet and Flugel Horn player, Chris Littlefield, is based out of Seattle and replaced Andy Cleves in 2001. As an established artist and composer, Chris has worked with recording artists such as R.E.M., Chuck D., and Lee Oscar and shared the stage with countless other well known artists. Chris incorporates heavy use of effect processing as a new aesthetic for his instrument. Reminescent of Miles Davis and Randy Brecker's (Brecker Brothers) electronic periods, Chris is able to create soundscapes and textures that emulate analogue synthesizers and other electric instruments such as guitar and bass, which he employs extensively in the group 'BluSirkut'.

Guitar player, Brian Jordan, has been the guitar player for ?Karl Denson's Tiny Universe? (since 1999) and ?Motherlode?, Brian has also performed in projects with Zigaboo Modeliste of the ?The Meters?, Greg Errico and Cynthia Robinson of ?Sly and the Family Stone? and Stephen Perkins of ?Jane's Addiction? to name a few. Brian has also shared the stage and swapped licks with many luminaries such as James Brown, Dave Mathews, Lenny Kravitz, Bob Weir, The Allman Brothers Band, Fred Wesley, and Dr. Lonnie Smith.

Bass player, Ron Johnson was first approached by Karl in 1997 before the Tiny Universe was born. However, he had to decline because of another project. Of course, when the phone rang again in 1999 Ron happily joined the group.

Keyboard player David Veith has been with KDTU since it's inception in 1999. David has a studio in San Diego and has scored and produced several soundtracks for major films, most notably of which is his involvement with BluSirkut on the feature documentary 'Meeting David Wilson'.

Drummer John Staten joined KDTU in 2002 and also tours with his own band, 'On the One'.