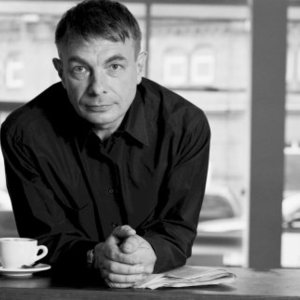 Karl Bartos was born on 31 May 1952 in Berchtesgaden, Germany. Between 1975 and 1991 Bartos, along with Wolfgang Fl&uuml;r, was an electronic percussionist in the electronic music quartet known as Kraftwerk. He was originally recruited to play on their US "Autobahn" tour, and his improvisations were an essential part of the earlier Kraftwerk recordings. He later left the group, when the founding members Ralf H&uuml;tter and Florian Schneider became increasingly perfectionist in their attitude towards recording and releasing their music.

In 1992 Bartos founded Elektric Music, performing a style somewhat similar to Kraftwerk. This new project would release Esperanto in 1994 and then Electric Music in 1998. In between the two albums, Bartos collaborated with Bernard Sumner and Johnny Marr on Electronic's 1996 album Raise The Pressure, and co-wrote material with Andy McCluskey which appeared on both Esperanto and Orchestral Manoeuvres in the Dark's Universal album.

In 2003 he released the techno album Communication under his own name.