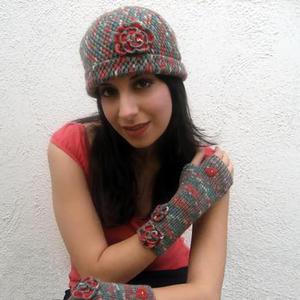 Angelic songstress Karin Simonian has emerged onto the music scene seemingly out of nowhere with her heart neatly packaged in the form of an album called 11 Degrees of Love. Pensive words and hauntingly beautiful melodies lace this collection of eleven songs about love, sorrow and hope. Her voice flows gracefully over an array of musical landscapes from guitar driven alternative rhythms and moody trip-hop flavors to classically colored ethereal atmospheres and loungy, ambient pop-tronica.

Drawing from her own life experiences as well as from keen observations of the world around her, Karin writes songs that are painfully honest. She is unafraid to reveal emotional scars and reflect on the darker tones of life, and yet her songs have a healing quality to them. Karin's music offers a sense of hope and resolve, often moving listeners to tears of cathartic joy.


Karin collaborated with L.A.-based artist/producer, and loving brother, Sebu to record her debut album, 11 Degrees of Love. The record is released on the Stereotrain label and can be purchased online from several major outlets. Karin will be touring in the coming months.