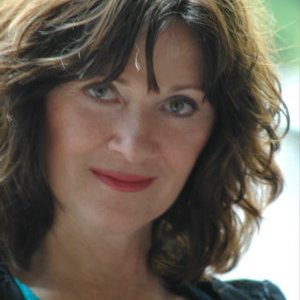 (from Facebook)
The music of composer and solo pianist Karen Marie Garrett has been described as classical, seductive, emotional, inspirational, and category bending?a welcome sound in a hectic world. Karen believes there is an inner voice that comes out through the music: "When words are ineffective, music becomes the voice."

Karen's enduring popularity is due to her hauntingly beautiful and evocative music. She continues to be among the top-selling and most requested classical and contemporary recording artists in the United States.

Her album, It's About the Rose, was released in early 2007 to rave reviews, debuting at No. 1 on national radio charts, earning her "Top Contemporary Instrumental and New Age Recording of 2007."

A prominent track from It's About the Rose, "Tally's Lullaby," has inspired a number of special projects:

Following the Virginia Tech tragedy in 2007, Karen collaborated with Winter Robinson, a noted Maine author, consultant, therapist, and specialist in medical intuition, in a spoken word meditation using "Tally's Lullaby" as the musical foundation for solace and healing.

In addition, internationally acclaimed New York author, T.M. Wright was so inspired by the lullaby's beautiful melody that he wrote a poignant response to Karen's composition in prose. Wright's poem, "On Hearing Tally's Lullaby," appears in his thirty-second published work "Bone Soup, A Collection" (Cemetery Dance 2007).

Most recently, in alliance with the American Cancer Society, "Tally's Lullaby" was used as the musical platform for a non-commercial video produced in Nashville, Tenn., to raise funds for cancer research.

Karen is a friend to the Espy Foundation, created in honor of author Willard R. Espy (1910-1999), who was an active member of the literary arts community in New York City. Since 2000, Karen has donated several concert performances to benefit the ongoing mission of the Espy Foundation to advance and encourage literary and visual arts through programs enabling writers, artists, and students to pursue and create new ideas and works.

A native of Washington State, Karen began her music study at age five and later trained at the Sherwood Conservatory of Music, Chicago, Ill. Karen's alluring and mesmerizing compositions evolved as she absorbed elements derived from popular music.

Even though Karen's music remains classically grounded, her beguiling and fresh compositions bring solace, passion, and serenity to many faithful and new fans.

Karen's music is featured in the French/Canadian film, La Derniere Fugue (The Last Fugue), released February 26, 2010, and the upcoming documentary film, Evolution of Dad, scheduled for release in the U.S. on Father's Day. Karen will also perform in a solo concert June 3, 2010, at Moe's Piano Portland, Oregon. For more information, fans may visit www.kgpiano.com.

Currently, Karen is composing new songs and will once again return to Skywalker Sound Studios to record her eagerly awaited third album.

It's About the Rose