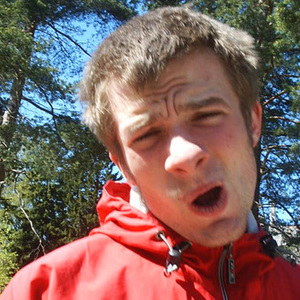 At the end of year 2003 two guys from Rakvere discovered that they have a mutual interest - house music. It didn't take long till a new group was formed. The group was called "Farout." It all topped after few months with an album on september 2004 "The Helmet." After that the guys focused on their solo projects. One of the them was Kalvik. It didn't take long when Kalvik met Digidone. These two were up to something and the next thing you know, there's a new single to be released on october 2004 by Lejal Genes.

It didn't take long when Kalvik met Digidone. These two were up to something and the next thing you know, there's a new single to be released on october 2004 by Lejal Genes. It was a maxi single with 11 remixes on it including Kalvik's and Digidone's own visions. The original mix could be described as a really sweet and dreamy vibe that you'll fall in love with. It was also added to "Muda 2005" compilation that was for promoting the music of Estonian labels on Midem 2005 in february.

The time goes on! Now the other guy from "Farout," Geminice, has been working in studio with Luisa and Lejal Genes releases their single "Kus Oled Sa" in 2005. This is worth to mention, the last track on that cd is Kalvik's Crippled Lo-Fi Mix of Geminice's "Beneath The Temple." A remix that could carry you to the moon and back with it's freaky nature and odd work of vocals.

In september 2005 Lejal Genes releases "Kalvik - So Darling (Remixes)." Also a maxi-single, it consists of 7 remixes of Kalvik's tune "So Darling" and the last track was Kalvik's Entrance Remix of Farout's Theme. A single thats content was very variable in styles - techno, deep house, broken beat and breaks. It was to promote the upcoming compilation full of underground tunes from Rakvere, LADIES and GENTLEMEN - the "Higha Collection 5!" (The first track from Kalvik was on "Higha Collection 4")

On the same time with HC5, another release was planned. Rakvere's nr1 rapper Stupid F and Dj Hash and their "N?gemist EP." It featured Kalvik's Arulage Mix that was quite wierd piece of a rework. Mad slicing of vocal and rhodes combined something that might frighten you at first try.

Ok, on and on Kalvik keeps working with what he has. There's nothing else to expect but a debut-album of Kalvik - Kalvikkaanid (released in match 2006). This one already has got nice credits from critics and radio dj's.....