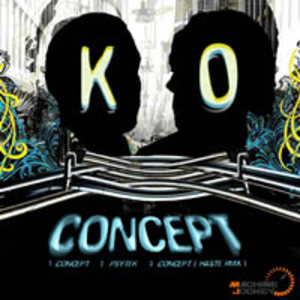 K.O. (Kid Official) was raised in the suburban town of Arroyo Grande, Ca. It was there that he discovered his knack for wordplay and ear for music. However, due to conservative surroundings he couldn't immerse as deeply into the hip-hop culture as he desired. Although Arroyo Grande was devoid of an urban culture K.O. sought influence in his writing from such bands as: The Red Hot Chili Peppers, Nirvana, Smashing Pumpkins, The Cranberries, and Counting Crows. Refusing to succumb to his environment he discovered various outlets to further involve himself in the hip-hop community.

His search landed him first on a small tour, which he participated in for the latter part of his high school years. Still eager to pursue a career in music, K.O. moved from his small hometown to San Francisco, California to attend college and establish himself as a true artist/producer. After only two sporadic weeks of college the urge to pursue music quickly consumed him. He not only ceased to attend college, but used his student loan and grant money to purchase musical equipment in order to hone his skills as a songwriter and producer. After writing and producing songs for local artists in the bay area, K.O. felt his talent was strong enough to make the move to Hollywood. Upon his arrival in tinsel town, K.O. landed a spot on the world famous radio station Power 106 FM. There he went on to become the number one freestyle rap champion, and it was on this platform that would catapult his career into overdrive.